The glow you feel when you accomplish something, and the exponential radiance when someone else notices your victory, is a high like no other. But, when you are suffering from an eating disorder, the “glow” and “radiance” turns to self-immolation over time.

Lately, the spotlight has been bright on Giuliana Rancic, the E! News personality and reality show star, for her noticeably slim appearance, and the term, “anorexic” has been hurled at her multiple times.

While Ms. Rancic has never said she has an eating disorder, and said instead that the cancer medication she takes is the reason for her weight loss, the focus on her appearance is not only detrimental to her, but to anyone else who is actually battling anorexia.

For many years, I have railed against anorexia, a disease that warps not only your perception of your body, but the messages you hear from other people.

During one of the darker times, I had friends and family tell me they were concerned at how thin I was and wondered if there was something medically wrong with me.

Outwardly, I brushed it off as the result of stress and would move on to other conversation topics, but their words would linger. Even though they expressed a visibly negative reaction to my weight loss, I internalized it as validation of my hard work. If other people think I am thin, I must be doing something right. Right?

Around the same time, there was a backlash against the “heroin chic” look popularized by 90s models like Kate Moss. Pundits and critics alike would discuss the negative effect that waifs had on the psyches of young girls, splashing photos of their jutting hip bones and a dangerously exposed collarbone across the screen, thinking that somehow showing everyone their emaciated frames would discourage magazines from featuring them and young girls from becoming them.

For women who are at risk for anorexic behavior, or who are held in the thrall of the disease, hearing about and seeing pictures of women who are winning this dangerous game, serve only as inspiration, or as it’s known in the pro-ana circles, “thinspiration.”

See, there is a distinct sub-culture to this eating disorder. Groups of anorexics and bulimics encourage and support each other just like people in weight loss organizations do. They share tricks on how avoid eating, how to fool anyone who might suspect they have a problem, and they frequently post pictures of themselves, skeletal frames on display, with captions like, “Two ounces down!” or “Look at this disgusting fat! I’m hideous!”

So, when you “thin shame” someone who has an eating disorder, you are neither embarrassing them into taking care of their body nor deterring anyone else who is at risk for mimicking their behavior. What you are doing is encouraging them.

You are encouraging them to try harder and hide what they do; you are applauding their growling stomach, loving their razor-sharp shoulder blades, and asking to swim in their punchbowl pelvic bones.

Instead, turn to your children and the young people in your life and teach them to live differently. Food does not erase the loneliness in your heart, it isn’t poison, it just is. Protein builds muscles to help you play, vitamins give you energy, and while sugar is delicious, it’s not something you have all the time.

By changing the way our children see themselves, it will change the very nature of the disease. Anorexia thrives on self-hate and a need to control something… anything. But if kids see themselves as strong, confident, and in control of their world, anorexia cannot worm its way in.

No, I am not a doctor or expert in mental illness; I’m just a woman who has lived under the shadow of anorexia for too long and knows how twisted it can be.

So, leave Giuliana Rancic alone. If she is in the throes of mental illness, no amount of shade can be thrown her way to change her. Let the people who love her guide her to her own a-ha moment about her condition.  Then, when she is ready, she can talk about it and be a force of change and encouragement to those who are going through the same thing. She can show her son what it is to be a strong, healthy woman, and break the cycle with a new generation. 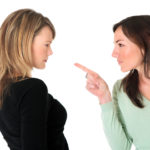 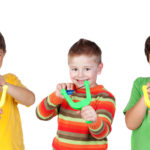