I have spent my whole life fighting.

I did not have a gentle and pleasant childhood. There was drama, so much of it. There was rage, and screaming, and I was hit. But it was the messages ingrained in my soul that left lasting scars.  Those were harder to overcome than anything else.

Like so many knife cuts, I absorbed the judgments: lazy, fat, opportunist, or simply just a loudmouth. Ya, opportunist. I didn’t even know what that meant. Parents back then didn’t really know any better so that is how I have laid that shit to rest.

Then I came of age and had a choice to make. Stay or go. So I went. I was done with it. Full steam ahead into the world. I took with me vestiges of the messages I absorbed which have lasting effects on me to this day. I am stubborn, so… very…. stubborn. When choosing fight or flight, I always raise my fists and step into the fray.

I started working full time at 18. It was an era when you could still make something of yourself without a university degree. I wanted the university experience, but since I was apparently destined to work in a sweatshop and nobody had money for school, I knew it wasn’t going to be my reality. I wasn’t going to have a dorm mate and study for exams late into the night in the library. No keggers either, just nylons and the 9 to 5 grind for me.

After a few years, I started to get some traction in my career. I took industry courses and started working toward professional certificates. Gaining confidence from my jobs, (which were not in sweatshops), and my marks on exams, I started to think maybe I wasn’t lazy after all. Maybe I was killing it and I started to believe I could do even more.

I threw myself into my career like a battering ram with a mission. I was going to stitch up my old wounds one promotion at a time. I had something to prove.

I have fought for every scrap I earned. I made both friends and detractors along the way. People said I was too much, I needed to restrain myself or be less visible. Or just be less.

Despite how thrilled I was with my career, it still wasn’t complete. I didn’t have credentials or an education. There was a huge piece missing, so I embarked on the journey to prove I could do it.

Ten years of night school. Full-time work, homework, exams, two re-locations, a divorce, a new marriage and writing two final exams wheezing over a pregnant belly. Tears in the car on the way home from a class that felt so out of reach, what was I thinking that I could take this on?

I passed the tests I didn’t think I could. I studied when I wanted to give up. One time I was sure I was going into labour while I answered the last few questions on an exam, but my baby girl politely came on her due date a few weeks later.

None of this makes me special in any way. It is simply raw unvarnished stubbornness that runs through my blood. It is a curse and a gift. Blind determination can make you lose your vision, but not your courage. It is an odd conundrum.

As I write this, I look up at a pretty certificate with a gold embossed sticker in an elegant frame hanging on the wall. It doesn’t matter what it says, it only matters that somebody told me I couldn’t, so I did.

In fact, if I had listened to any one of the people who had nothing but cruelty and negative shit to say along the way, my life would have taken a different trajectory. As I get older, I know my edges are softening a bit but that doesn’t mean I won’t take up a cause and lay waste to the path before me. A tiger doesn’t change its stripes.

I say let the detractors see you bleed, but then stitch up the wound with your teeth and some thread while walking out the door.

You are not the boss of me. 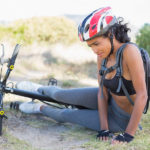 When there is a Tree in Your Path, Don’t Look Back 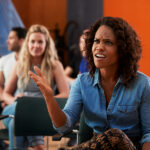