I got called out for my first fight when I was in 7th grade.

Alessia Abruzzi was a short, tough girl who wore thick eyeliner and did things with boys in the sump behind the deli I couldn’t even say out loud.

I don’t know why she wanted to fight me.  I didn’t even know she knew my name.

Maybe it was because I was a front-of-the-room nerd, a teacher’s pet, a lanky, gangly freckle-faced dork who couldn’t afford the real Z.Cavariccis and instead had cheap knockoffs.

So there I found myself, in the middle of summer standing in the middle of the village green of the kind Billy Joel sang about, trying to stop my knobby knees from knocking together, wearing pants instead of shorts because I didn’t want people to see the freckles on my legs.

I had a ragtag crew of course but they were chubby and clueless and just as scared as I was. They were resourceful, however, and it was one of them who ran across the street to get my mother, who was suntanning in the backyard at our house in Levittown.

My mother, whose nickname from high school was Jazz shortened for Jazzbone because she dressed “jazzy,” who walked 36 lanes serving pitchers of beer to regulars at the bowling alley every weekend to pay our bills and buy me those knockoff Z.Cavariccis, who smoked pot every day without me knowing it, and who, if she were 30 years younger would have easily been friends with Alessia Abruzzi instead of me.

So while I was standing there thinking about if I even knew what a punch really was, Jazz came marching over to us on the grass, her black feathered hair staying perfectly in place even without hairspray, and pointed her long, manicured fingernail in Alessia’s face.

“You touch my daughter, I’ll knock you upside the head.”

She did this while wearing a bikini top and short jean shorts and smelling like Hawaiian Tropic coconut suntan lotion.

I hated this part of my mother growing up, this outspoken rebellious streak that manifested if she thought you were slighting her or someone she loved in any way—no matter if you were a cashier at King Kullen who gave the wrong change, or my Dad whom she divorced after years of physical abuse. For my younger sister and me, this meant zero tolerance for mess of any kind, like the dirt from our shoes on her precious peach-colored carpet.

“You’re like the son I never had,” she told my husband the first time she met him. She tapped on his chest while holding a glass of Zinfadel in one hand. “I love my daughter 110%. You hurt her, I’ll break your arm.”

This was typical Jazz. Loud where I was not, anxious where I was calm, and not caring what people thought where I thought too much. She also danced. Everywhere. In our living room, at The Bunnery bar, at a VFW clambake for my grandfather’s 90th birthday. You couldn’t walk into my house on Mill Lane without hearing Michael Jackson or The Pointer Sisters.

All of this—the dancing, the tough exterior, was her way of coping as a single mother in a place where high taxes and home invasions seemed to be the continual subject of the evening Channel 12 news. She got her excitement by reading every book about serial killers ever to grace the Levittown Public Library, and watching every movie where hoards of people died at once: Titanic, Jonestown, Anne Frank, you name it.

Being knee deep in suffering made her a good ally when Dad died a few years ago and I suddenly found myself in the middle of a bad Lifetime movie, complete with a conniving stepmom who didn’t call my sister and me to his deathbed, and who proceeded to get everything from his will.

Jazz did what any mother would do: she knocked on the door of my stepmom Diana’s house, and when Diana tried to slam it in her face, my mother stuck her boot in the door, took a drag of a True Blue cigarette, and said: “You’ve got some goddamn nerve. I hope you die in a car accident and burn in hell.” She ripped down a lit up cross half her size that was hanging up outside the door and threw it to the ground.

It was irresponsible, immature, and just the most ridiculous thing. And I loved her even more for it.

I have two daughters now in Portland, Oregon. My oldest, Hattie, is five. She loves pink tutus and playing Zelda and talking with strangers. She’s the kind of girl who goes out in the snow in a ballet leotard and high heel Frozen shoes even though I tell her it’s not a good idea.

Last year at her bilingual preschool, there was an older girl who started to become a problem. Let’s call her Shelly. Shelly and Hattie were friends with a girl they both considered their best friend, and this friendship triangle was became increasingly fraught with jealousy.

I told Hattie that Shelly’s feelings were just hurt and that sometimes people take it out on others to feel better.  She seemed to understand.

Later that week I picked Hattie up from school. I saw Shelly in the corner by the embroidered tapestry of children holding hands for world peace, her long stupid ponytail swinging behind her as she built a tower with wooden blocks. Hattie said goodbye. Shelly ignored her. I caught Shelly’s eye. I made what my husband calls Long Island Lips, and gave her a dirty look that said, “You mess with Hattie, I’ll knock you upside the head.”

About the author: Celeste Hamilton Dennis is a really good wedding date, a Christmas light snob, a proud angry woman, and a mom of two divas who look nothing like her. When she’s not editing or writing stories about amazing people bettering the world, she’s working on a collection of short stories set in her hometown of Levittown, New York about people apologetically and beautifully messing up. Follow her at http://celestehamiltondennis.com/, https://www.facebook.com/Cellyham and https://twitter.com/CelesteHDennis 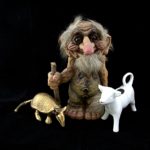 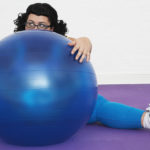 Top 10 Excuses to Get Out of Exercise