Nothing says adventure like driving 2400 miles in a thirty-eight foot RV with 8 people in 7 days. Did I mention 4 of the 8 people were under the age of 10?

We left on a Friday in early August. Our crew was bursting with anticipation. We hit the open road only to be stopped abruptly a few minutes in. Cars were spread out for miles ahead of us. We looked from one person to the other like the opening sequence of the Brady Bunch. Then it dawned on me. We’d left during rush hour.

My husband used the opportunity to discreetly slip on a captain’s hat. “Hey, Mr. Stubing, this isn’t the Love Boat.” He was born and raised in Scotland, a country easily driven coast to coast in ninety minutes. He was fervent for the vast expansiveness of his first U.S. road trip. It appeared the captain’s hat was staying.

After a brief respite in Bismarck, North Dakota, we set out for the 400-mile journey to Billings, Montana. We used up the majority of the children’s activities in the first 45 minutes and settled into answering the question parents have been asked since the beginning of time. “No. We are not, in fact, there yet.” Turns out vast expansiveness is not all that appealing to kids.

We arrived in Montana and stayed the night at a KOA campsite. The kids explored the grounds, swam and skipped stones in the nearby bedrock. We prepared hot dogs and S’mores over our fire pit and told ghost stories under the stars.

Pro Tip-Pack scooters for the kids. They are a great mode of transport to maneuver throughout the campsite. Please note scooters have been known to assassinate a suicidal cockroach. Allow extra time for said cockroach’s funeral including the allotted time to fashion a cross out of twigs, spit and mud (as well as the obligatory moment of silence).

The next morning we headed south into Yellowstone towards Beartooth Pass. This 68-mile byway winds through southwest Montana and northwest Wyoming, leading into Yellowstone National Park. Located 10,000 feet above sea level, it is known for treacherous road conditions, high winds, and razor sharp switchbacks. It has been called “the most beautiful drive in America” by someone who did not summit in a thirty-eight foot RV.

The highway sits among a million-plus acre wilderness. Visitors have the unique opportunity to experience pristine, mountainous landscapes, lush forests, and alpine tundra during the ascent. Unless you are in a thirty-eight foot RV and have your eyes squeezed shut shrieking, “Oh. My. God. We are going to die!”

We headed into Yellowstone the next day. Breathtaking would be an understatement. The park features dramatic canyons, rushing rivers, hot springs (which your children will correctly point out smell like farts), and gushing geysers, including its most famous, Old Faithful.

Pro Tip-Procure a calendar of times Old Faithful erupts. You can’t rush Mother Nature but you also can’t appreciate the shenanigans four squirrelly children will attempt when asked to stare at a hole for an hour.

Yellowstone is also home to hundreds of animal species, including bears, wolves, elk, and antelope. Visitors (driving cars) can stop at a moment’s notice to appreciate these creatures in their natural habitat. For our clan, the bison were but a large russet blur. Turns out you cannot stop a thirty-eight foot RV at a moment’s notice. Yelling at the driver to “fucking slow down” will intensify the situation.

Once settled, we decided to hike Elephant Back Trail. The kids were troopers on this uphill 3-mile trek. We surprised each kid with new walking sticks to aid in their exploration, which quickly turned into lethal weapons used to lacerate a slow-moving sibling’s Achilles.

As we made our way home, we popped into Reptile Gardens in South Dakota and saw a 100-year-old tortoise. He was about as exciting as you’d expect a 100-year-old tortoise to be. We collected rocks in Keystone for the kids’ collections with 5000 of our closest leather-clad friends. Some felt comfortable with less leather than others.

Pro Tip-Do not allow your child to enter a biker bar during Sturgis even if they boast a killer weekly pizza special.

Bonus Tip – There should be an age limit on leather pasties. 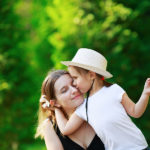 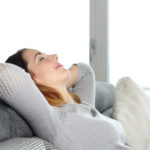 The Secret to My Healthy Lifestyle