I am tired of people discussing the vaccination “debate” or “both sides” of the vaccination discussion. There are not two sides to this issue. There is one side: The facts. And then there is something else that is probably best labeled rhetoric. Rhetoric is a style of writing and speaking that is designed to be persuasive, but may or may not having anything to do with actual facts.

If we want to have a debate about the facts, then let’s make it more fun and less deadly. How about if we debate whether or not the sun rotates around the earth? That might be interesting. Then we could also talk about whether or not we believe in winter and summer, and we would also have to make a reason for solar eclipses. Good times! And no one gets hurt.

But if we are talking about anti-vaccination stances that sound the most like facts, here are some of the best manipulations of the facts that I could find:

Let me end by saying that I am not a doctor. I don’t even play one on TV. I don’t even play one in my bedroom. But what I have said can be easily researched and validated in many, many places where facts are available. For example, your local library, your doctor’s office, the Centers for Disease Control web site.

If you think that any parent is happy about having needles stuck in their children, you are dead wrong. We do it because it’s better than the alternative: Dying of a disease that could have been prevented. 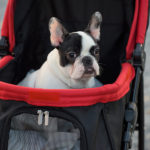 The Right To Choose 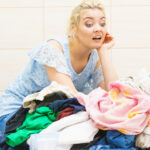