When I started reading Kathryn Stockett’s The Help a few weeks ago, I was shaking my head about the reminder about pre-Civil Rights segregated bathrooms in these here United States. In the book, a character named Hilly thinks she’s helping her community by saving everyone from disease by launching a campaign to get whites in her Mississippi town to install separate toilets in their homes for African American maids.  I’m only ¾ of the way through the book, so don’t ruin the ending.

The thing is- I thought I’d seen the “ending” of all bathroom debates in the States when President Obama settled the squall about where transgender people can poo. The book, I thought, was just a reminder of the manifestations of people’s irrational fears and deluded justifications for bigoted behavior and policies. I’m not naive. I understood that the implementation of legislation might come more slowly in some communities than others. But, I thought, as a nation, we had already “helped” ourselves by getting over bullshit notions of separation and institutionalized segregation. I thought the transgender bathroom “issue” was over and settled.

For the record, I really don’t give a shit about where people crap. I’ve changed too many diapers in my time to get overly concerned about who is pooping where.  In fact I’d rather not think about other people’s daily constitutionals at all.

I have just three suggested rules:
1. Do it in a potty when possible.
2. Flush.
3. Wash your hands.

It is really pretty simple.

I’m an anthropologist. I ponder what human beings have in common. However, one does not need to have gone to graduate school to know, without doubt, that poop happens. Who hasn’t read Taro Gomi’s Everyone Poops to a toddler? It’s a great lesson about not fearing “the poop.” All the animals in the book- from mice to elephants- take appropriately sized poops. And, guess what? No one argues about it! They all poop and go on their way in peace.

Indeed, that is the one thing humans have in common is pooping.  Yet, we are ALL different. There is no “normal.” To borrow a term that seems to be bandied about lately as the insult du jour- we are ALL “snowflakes.” Individual humans are unique, sometimes beautiful, complex AND susceptible to melting down.

If your meltdown is precipitated by someone you don’t approve of using the same toilet as you to perform one of the essential tasks of being human, then consider the possibility that you might be the most fragile and drippy of all. And if you refuse to sit on that shared pot because of some notion that you are better than someone else or out of unsubstantiated bigoted fear, then you are the one who is walking around literally full of shit.

About the author: Krista Genevieve Farris has written for BluntMoms a few times and published poetry, stories and essays in a variety of other publications. Check out her website for more. While her three boys are surpassing her in height, she continues to grow. 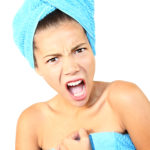 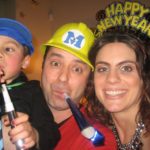