For years I have expected that after high school graduation I would pack my son off to some university, near or far, set up his dorm room and patiently wait for him to come home for Thanksgiving.

Alas, it is not to happen. Apparently my children do not care so much about my dreams.

Graduation is this year and it appears he won’t be going away to college this fall. He tells me he wants a “gap year” which I believe is code for saying “I’m sick of school.” The problem with a year off is, as everyone over 20 knows, that you never go back. Instead you buy a car or get an apartment and all of a sudden you have to work 40 hours a week digging ditches just to pay the bills you have racked up.

But okay son, it’s your life; it’s your choice. I can’t make you want an education. Just let me clarify with you a few things that might surprise you, because I’m a big believer in informed choices.

Make your peace with manual labor. I would love to say something trite like “Hard work never killed anyone!” but honestly, the arc of human history is long and I’m pretty sure hard manual labor has killed loads of people along the way. Just look at the pyramids. Still, the bills must be paid, so the work must be done. Computer and air-conditioned jobs are for people with additional education. Or people at the mall folding t-shirts in the dark at Hollister, but dear God no one can survive on those wages!

Being broke sucks. I know you think you know this because you occasionally run out of gas money, but you really have no clue. Luckily you already like ramen noodles.

And let’s bear in mind that you live a nice life for someone who has nothing. What do I mean by that? Your father and I have managed to provide well for you. However, when you leave, you will not be kept in the lifestyle you have become accustomed to. High speed internet, Amazon prime, Netflix, Direct TV, DVR’s, unlimited data on your cell phone, Xbox Live, these things cost money. A lot more money than an uneducated 19 year old with no real work experience will be able to afford. Don’t even get me started on dinners out or things like new shoes and clothes. All the fun things in life are well beyond your budget and likely will be for years.

Now, I realize that college isn’t everything and that even if you do go there is no guarantee that it will make any difference for you in the end. You could graduate and have great difficulty finding a job in your field of study and end up right back at the manual labor stage, only four years later. But it isn’t about guarantees. It’s about odds and getting the best ones for your future. It’s about having something to fall back on if you need it in your 40’s.

Because you are going to have to leave one day. I won’t have some 30-year-old unemployed gamer in my basement. I don’t even have a basement, nor do I plan on building one. And when you go, I want to feel good about your ability of making it in the world.

Besides, I’m paying for college, so make your choices accordingly. Your informed choices. 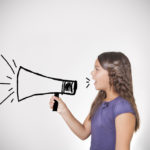 Spitting on Protesters? You Have no Class 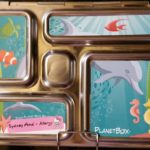 The Magic of Emily Press Labels