I thought I could do it. I thought I was strong enough and far enough from my own experiences of sexual assault and harassment to wade into the discussions surrounding the nomination of Judge Kavanaugh.

I’ve watched hours of testimony, weighed the accounts of Judge Kavanaugh and Dr. Ford with as open a mind as possible, contemplated the arguments of thinking and not-so-thinking people on both sides, and I’ve come to the conclusion that we’ve lost our damn minds.

Social media, for all of its positives- cute photos, connection with faraway friends and family, and uncanny ads for things you were just talking about- is also full of negatives. The last week of news sharing, discourse, and debate has been proof of this. As we have read the thoughts and opinions of our friends, family, and colleagues online, we have become aware of a collective cynicism and victim blaming that plagues our nation.

Character assassination, political pandering, and partisanship have become the norm, and it’s pushed its way through our conversations with biting memes and conspiracy theories, slandering and dehumanizing all who dare to stand in its way.

Shame is a bully, and silence has been a solace.

Voices that once hid in darkness are coming forward with strength and boldness.

The veil of secrecy is lifting.

We are finding our voices. We are speaking truth to bullshit because we cannot go another day listening to the drone of people asking why victims don’t come forward while hurling doubt, insults, and accusations at those who do.

Stories are being shared with more detail and determination than ever before. People who weren’t ready to say #metoo, are speaking out as an act of defiance against the chorus of victim-blaming rhetoric that has been pushing its way through crowds of conversation like the bully it is.

Once terrified little boys and girls, shame-ridden teenagers, and adults held under the weight of secrecy are finding their courage and their voices, and using them to challenge our commentaries, tribalism, partisanship, and side-taking.

If you’ve ever wondered how it’s possible that tens of thousands of rape kits sit untested in closets across the United States, this week has given you a glimpse into the answer. If you’ve ever wondered why people don’t come forward to file criminal charges against their assailants, the behavior of elected officials and the callous and cruel commentary of fellow citizens holds the key to that answer.

Statistics say that the majority of sexual assaults go unreported, and as I have talked with friends over the last week, they have been sharing their stories with a frequency and normalcy I’ve not experienced before. It seems that many of the people I know and love carry unreported survivor stories as well. Many more, perhaps, than our statistics indicate.

And it’s this wondering that could help us all as we wade into this conversation. This understanding and realization that could lead to more care and concern about how our words may impact those around us. Whether we realize it or not, most of us are surrounded by people, men, and women, boys, and girls, who are holding onto their own untold stories and assessing how safe it is to share them with those around them.

If there’s one thing we have proven about our nation this week, it’s that we lack tact, concern, and moral fortitude when addressing sexual assault. But we have also shown that voices matter, survivors are courageous and that there is strength found in the collective voice. A collective voice that is getting bigger, braver, and louder.

About the author: Jen Kinney is a writer and anti-trafficking activist. Her twin sons and passion for social justice make her a prime candidate for therapy. Humor and sarcasm fuel her, along with copious amounts of coffee and wine. You can find her writings at The Mighty, HuffPost, and her blog www.jenkinney.com. 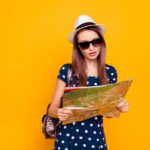 Week 28 of Turning 50 Like a Boss: Tourist in My Own Town 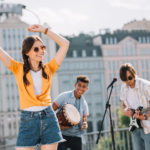