I love flying. I love that you can get on a plane, take to the air, and be in an entirely different place only hours later. I flew a lot as a kid with parents in different cities, and the excitement of buckling in, getting out your Yes/No book (remember those?), and landing somewhere that would not be where you came from was exhilarating. Even when I am on the way home, I feel ready and happy to get there.

I expected spending an afternoon in a flight simulator would be like going on vacation. It was not that.

I struggled to find the lesson in this. There was a lesson on how much brain matter I’d lost over the years. There were so many buttons and so much to learn. But that can’t be it. Now, where was I?

I honestly struggled until I reviewed the videos and it came to me in a flash. The lesson was about not comparing myself to others.

As long as I can remember, I’ve been a sore loser. I’d cry as a kid if the game didn’t go my way. It was frustrating to watch our kids go through that stage as well, and I finally understood my father’s temporary boycotts of playing games with me. We instituted a, ‘if there are tears, the game is done’ policy in our house when our kids couldn’t hold it together.

But, inside me, there is still that little girl who can’t stand being less than the best. Even when I gush that our kids beat me at Monopoly or every damn time at a video game, I still have a twinge of something sinister in there. Could that be my driving force? In the preface of this series, I’d told you I was winning at turning fifty. I’m not sure I like this part of myself even though I believe it serves me.

Some people call it Type-A to dress it up. Those who are not type-A, know the A stands for Asshole. I can be an asshole when I am not winning, not in charge, not the centre of attention.

I was not the best of the four pilots on the day we went to a simulator, but I had assumed I would be. Why is that? Do I think that highly of myself?

Before even starting on this life list challenge, I would try things and make a good go of it–in my own eyes. Sure, I broke my toes attempting to surf, stopped breathing during bungee jumping causing broken blood vessels in my eyes, I even bruised myself top to toe climbing a volcano when no one else had a scratch. The winning was completing the task in those situations.

Completing the flight simulation though was going to happen which meant that was not the challenge. What was next was to be the best. Out of four, I’d reckon I came fifth because the instructor beat us all. I would have killed myself, and hundreds of others had it not been for the co-pilot. You’d think I would be evolved enough through this process to accept this fact, laugh at myself, and move on. On the outside, I did just that. On the inside, however, I was a crybaby.

After all, not everyone can be good at everything? That’s at least what some people say.

Looking back on the previous fifteen weeks. There have been failures (damn, that dog), successes (my welded dragonfly is the bomb), and experiences that needed more hours of effort (trapeze). Why then, was this one making me so uncomfortable?
Thwarted expectations. That is what it is. Truthfully, the majority of disappointments I have had in my young life can be chalked up to thwarted expectations. Even items that others have been disappointed in me for can be chalked up to the same thing.

So why don’t I learn?

Each opportunity should lead to personal growth.

There is a difference in believing in yourself and thinking highly of yourself. I believed I could nail that flight simulator. I went in with the right intentions; I listened carefully, I wasn’t tired or hungry. What went wrong is what goes wrong in life. Not everything is as you’d expect. Flying a plane would be a crazy hard job, and I was under the mistaken impression that the auto-pilot did all the work and the pilots were just the backup. That is, in part, true. But in a flight simulator, it is not true at all. They want you to have an experience and appreciate what they go through in that closed off bullet-proof room. It was intense and I, apparently, don’t have the intensity required to be a pilot. Good information to have.

I forgot to be ready for what I didn’t know. I didn’t expect it to be hard. I thought it would be like a video game with all the buttons and levers. The movies and the easy-going demeanour of pilots saying “bye-bye” after a flight had me to believe that being a pilot wasn’t so hard. Also, my brother got his pilot’s license when he turned sixteen, so it can’t be that hard. Then again, a pilot’s ten thousand hours behind the controls would trump my one hour, and my brother is borderline genius.

I’m a smart girl. Why couldn’t I be a pilot? But then I realised, I don’t want to be a pilot, and it is ok that I was a crappy simulator pilot. I will stay a happy passenger. Maybe even more so now that I have a brief glimpse of what those men and women go through to get me to my holiday. Also, when the bell dings twice it means to bring the pilots their tea and coffee. Knowing that makes me feel like I’m in the club. Respect.

My Turning 50 Like a Boss Tip: Be ready for the unexpected. 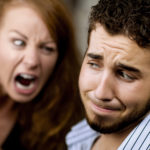 How “Friends” Saved My Marriage 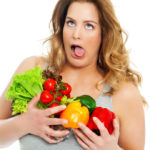 Grocery Shopping is My Hell