Why I had always wanted to milk a cow is beyond me. I’d seen it done on many school field trips or at the fall fairs, I’d just never put a hand to teet before.

On the big day, I watched the milk dance happen. The calf ran close to his mother, had a taste and then he was tied to her like a toddler to his mother’s leg when a stranger tries to engage with him. They were both calm, and it was beautiful.

I see and share pictures on social media of animals with their babies. Who can’t smile at those? But to register the calm they felt just being close to one another was something entirely different. It wasn’t just a cute tableau, it felt like home.

As much as I love the independence our children have as teenagers, taking the subway to school, having a social life outside of plans I make for them, I only feel really home when they are in my presence. It is waiting for the shoe to drop all day. Sure it might have a red sole and be fabulous, but if they are not together, it is just not the same.

Here’s the kicker though. Our kids test my limits, push my buttons, make me want to take up day drinking, but I’d rather be with them than without them. Our eldest it headed off to university next year. Her excitement at the imminent independence and freedom is palpable even if her countdown is annoying. I am proud of her and know she will grow when I am not around. I would like to be a big girl and tell you that doesn’t make me cry to type, but I can’t. Two years later, our son will be off. Who will I be without both of my children at my side? Where will I get my calm? I don’t think a truckload of lavender is going to help.

I guess the growing will have to be both ways. I will have to learn to untether myself while they are off building fabulous lives. I will have to take up mindfulness or meditation to restore the balance of calm and ward off the depression monster. I am discovering new hobbies that will keep me busy, but it is the occasions that my hands and mind aren’t occupied, and I am alone that scares me the most.

Letting go will be the hardest thing I’ve had to do as a parent yet. Even harder than catching puke on a plane with one hand. And, that was an impressive task.

I know none of this has to do with milking a cow. That was super cool as an aside. I gave that mother a bit of relief from the pressure she was under, and she gave me a moment of clarity in return. Having another mother around who understands will make all the difference. She will help take the pressure off and give me a pat on the back. I hope she won’t milk my teet because those babies have run dry and that might be crossing the line.

What I learned from milking a cow is that the support system you build around you can be your playmates, shoulders, and cheer squad now, but they will be called on to be full body support when the rope is cut. It is lucky I have found my people before the time I really need them.

My husband doesn’t crave the weekends away with his friends that I do. He seems content with once per year, where I’m not happy with only four. He would rather be home tethered to those kids because he knows they will be here for a few more years. I think I understand him now. He is building a rope for himself to keep him calm. I am worried that he will tie himself to me when the kids are gone, but that is a different reflection.

In opposition, I have to loosen that rope to tighten my resolve. As a stay-at-home mum, my line has been extremely tight around our babies. I’ll say it was for them, but it was for me too. As they are growing older, I am walking a little further away to give us both some breathing space, but never so far that I can’t get them back with a good tug.

When they are grown and gone, my group of friends can take the pressure off and give me the confidence to let go. I can stand independent of those children knowing I’ve done all I can to prepare them for the world. Jeez, there go the waterworks again. Can I tie my friends to my hind leg? It could be my only chance at sanity.

My Turning 50 Like a Boss Tip: Finding people in your life who can relieve the pressure will give you the strength to stand alone. 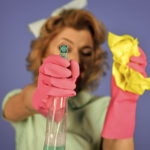 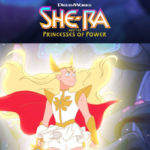