I love to snorkel when we go on vacation. The amount of captivating wildlife just below the surface of the water always amazes me. Plus, turtles.

But here is the thing about sea turtles. They don’t hang around in two feet of water. They see snorkelers and swim a little deeper and try and escape our gaze. I want to follow them. So, I tried scuba because I really want to swim with turtles. Not just for the three-seconds they happen by me, but I want to pursue them and be witness to their float.

I went to the scuba centre with the excitement of a pre-menstrual mother finding her hidden chocolate in the cupboard; the bravado of a woman who truly believes she’ll be good at everything she attempts; the innocence of a toddler forgetting she is not good at everything. I sat through the introduction and was convinced scuba was going to be my calling.

I got the gear on and was again determined to love scuba. Even in the water, I was Jacques Cousteau’s distant cousin. Until I wasn’t.

You know my history with depression, but my first experience with mental health issues began in grade five. I kept a messy binder. Not just kind-of messy, it was an actual display of randomness, unlike anything I have ever seen since and we have a teenage boy.

The teacher announced that we were all to bring our binders to the front of the room to be marked for our organisation. I started panicking, not being able to swallow, getting sweaty, and shaky. Now I know that was a panic attack, but my ten-year-old-self thought I was going to die. I had the school call my father, and they organised for a grade eight kid to walk me home trudging my binder under my arm while I cried and tried to catch my breath.

I spent two days organising my binder until I felt comfortable returning to school at which point the teacher didn’t even ask to see it. I still don’t know if he understood my physical reaction was a mental health issue or he just forgot. Either way, I had suppressed that moment until I was trying to submerge to the bottom of that deep pool.

I would sink myself a full two feet and think I was unable to clear my ears and breathe which I could effortlessly do if I’d just stopped thinking about breathing.

Similar to the binder, I was overthinking about what was the natural part–swallowing and breathing–that I couldn’t see the solution. The solution was just to swallow and breathe. What would have been the worst part of the binder investigation? The teacher was likely not going to fail me because I was able to find everything I needed, it was just in a code only I knew. But it felt monumental that someone would be judging me like that. I knew my organisation was not impressive, and I chose not to correct it because it wasn’t a priority at the time. In truth, it has never really made my priority list.

The difference with the scuba is that I chose the crash course to see if I liked it. I didn’t think that I should like it because I was motivated, but I went with the quick fix instead of fully vesting. I believe that if I had just taken the plunge (I know you see what I did there) and gone with the full weekend course and the open water dives, I would have had all the information and been fine. I would know that breathing is the easy part and concentrating on the valves and gadgets would take my mind off the simple task and I’d be able to get to the bottom without thinking. Get everything in order, and the breathing will take care of itself.

I might decide to go back to scuba to take the full course and certification because I still want to hang out with turtles. For now, I have another twenty-seven adventure to plan so the turtles will have to wait.

My Turning 50 Like a Boss Tip: If the pressure is too much, come up for air and re-evaluate what you are making too hard for yourself. 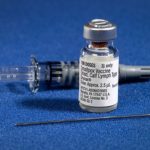 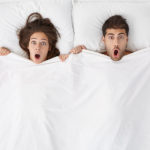