I played with dinosaurs. I’ve been to shows where an owl swoops in to land on an outstretched arm and thought it was the coolest job. Taming a wild creature to do your bidding seems like something I’d be down to learn. You know how successful I was with my dog after all.

Those birds are fixated. They observe their target, survey the situation, make a decision whether or not to act, and take command.

That is fucking admirable.

They have such laser focus and personal control, it surprises me. I thought it would be more like a trained monkey. Do the trick for the lady, and you will get the head of a quail. But I’m glad it wasn’t like that after all because I can learn from their strength of character.

All too often I am in the middle of a task when I remember another job I need to complete and then another and another until I have several tasks incomplete and nothing really to show for my day. I am the same person who doesn’t find my coffee that went missing until I open the microwave the next day to reheat the current day’s coffee. I would love to have the focus of those creatures. I would get so much more done and frustrate my family so much less.

This year has been the most I have been able to focus on any one thing, ironically by concentrating on fifty at a time. I don’t start each week and ask myself, “What can I do this week?” There is a great deal of planning that goes into what I want to tackle, getting service providers and professionals on board to help, and gathering my friends to commit to the time and money to participate. It has challenged me in ways I never thought it would.

Being a stay-at-home mum for years has meant that the schedule I keep is my own. The depression schedule, on the other hand, was out of my control. I needed to restore the balance of my universe by creating a program, unrealistic as it now seems, that forced my hand at getting shit done. I could have taken a break any time I wanted, it is my plan after all. But, I put it out to the world that I was going to do something new each week dammit, and that is what I had to do to live up to the expectations I set for myself and the universe. I suspect nobody is keeping track by week if I am getting behind in my quest, but it doesn’t matter if they are, I feel that people are noticing even if that people is only me.

I have been called frenetic, disorganised, even chaotic. Generally, I can keep my chaos in check and appear, at least to the outside world, like I have it all together. I have fooled all kinds of people for years. My midwife, my doctor, a psychiatrist, my friends, even in a group therapy session I was able to convince people trained to spot fakers, that I was well. In conclusion, my superpower is faking it. I have faked my way out of help many times, and I won’t fake it anymore. I don’t need the honour badge to know I fooled the world-class psychiatrist into saying, “You don’t sound depressed.” I laughed and then I bawled, and I shouldn’t get a cookie for being so dumb as not to accept the help offered to me in that session.

I went off topic, and that appears to be the actual topic. Focus, Kristine, focus.

Having direction this year means getting help and accepting help. It means being vulnerable. It even means being actually organised, not just on paper. It means seeing the head of the quail, deciding if I want it, and acting. 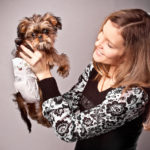 Dear Pet Moms, You Are Not A Mom 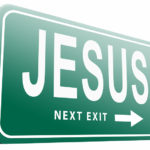 The Summer of Aggressive Billboards