I have an entirely separate list for travel buckets because I will never get to all of them. You can knock one off that list, but there is always a dinner party conversation with someone telling you about their fabulous travel find that adds another one or two on the bottom.

London, England has been on my travel bucket list ever since I can remember and well before we had the term bucket list. The fascination began with fashionable Lady Di in the media, it continued when I discovered I loved Shakespeare (there was always that one kid, right?), but it was the beginning of every summer that brought me across the pond from my living room.

Throughout high school, the first week of summer break you would find me sitting in front of the television glued to Wimbledon. I watched Björn Borg, John McEnroe, Chris Evert Lloyd, Martina Navratilova and every other great player in those years and I couldn’t get enough of their tennis. It could be the hottest week of the year in our cold, northern town, but I would be glued to that television.

None of this is relevant yet.

What I learned about myself, and my family, this week of travel, was about going with the flow. We have given up structured activities, for the most part, on holiday. We put together a list of items we wouldn’t mind getting to and we let our moods and weather dictate each day’s activities. We also talk to people; usually, that is just me, but this time my husband took the reigns.

We hadn’t planned to attend Wimbledon. In fact, the possibility didn’t even cross my mind on our first visit to London. It wasn’t until my husband was speaking with a couple on the plane ride in, that he discovered with only a four-hour wait, you can, in fact, attend the matches at Wimbledon without prior organization. So that’s what we did.

We were in The Queue two days later to get face-value tickets and spend the remainder of the day watching tennis and enjoying a show like no other. Our children know the rules of tennis, and we occasionally play with them, but it would never be something they would sit and watch on television when there are so many other things to command their time like fail videos and cooking shows. The day was for me, and I was grateful they were humouring me on holiday (which happens a lot, to be fair). Because Wimbledon, after all, was on my bucket list.

But here’s the ace: we all agreed that it was our favourite part of the holiday. The experience of watching top athletes and their fans, the immaculate grounds, the strawberries and cream, the lunch on the lawn, and even The Queue. We were all together and appreciated our good fortune to go with the flow. I was able to teach the kids some things about the game too, and that is always a win as they get older and lose faith that I know everything (or discover, after all, that I know very little).

It was our ability to flex that gained us an experience unlike any other. First, with my husband’s impromptu conversation with strangers. Second, with the whole family’s willingness to try something that would not have excited them. And finally, with our resolve not to turn around when we discovered we were number 8233 in line for tickets. I’d say that’s Game. Set. Match.

My Turning 50 Like a Boss Pro Tip: Going with the flow will serve you well.

Check out the video: Serve and Return 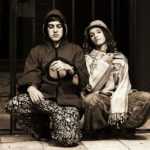 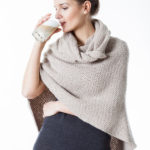