I have rarely been so frightened as I was this week. Just a closed door between me and ultimate judgement of my year-long project awaited. I was at the Writer’s Digest conference in New York City, and I had organized to be part of the Pitch Slam. Think of this like speed dating for literary agents and prospective authors. Or, St Peter and the Pearly Gates. Same/same.

I spent hours practicing my pitch and promptly threw it all away in the morning after talking with some other writers. I spent another hour practicing and changed it yet again. What I went in with was not perfect, but some agents seemed interested in my story so I backed away slowly before they could change their minds and I began to shake violently.

I am going to pat myself on the back a bit here because this would have, previously, been the beginning of a slide back down to depression for me. It had all the makings. It had stress, judgement, failure, and the constant rattling in my head of my favourite/unfavourite mantra “you are unworthy,” playing on repeat. It was, in fact, a perfect storm. But instead of heading to the couch and my comfy blanket, I headed to the keyboard and got back to work.

It is difficult to put your dream out into the world and have it be judged because that’s what humans do. I am not implying everyone is judge-y in a bad ‘Mean Girls’ way. We judge, or evaluate, and form opinions. That is what makes us better than monkeys. They can hide in trees and be naked all day. That is what makes them better than us, but that is for another day.

It is the human condition to play the B-side of the 45. To play the song that confirms the negative suspicions we have of ourselves. It is a defence mechanism that we ruminate over the bad stuff so that when anything less than good happens or is said, we feel somehow protected because at least it wasn’t as awful as what we had predicted.

I had predicted that each of the agents would say, “I don’t get it.” or, “Why do I care about this?” The first person I spoke with said pretty much all of that, but she said it with a smile to soften the blow. The second seemed genuinely interested, and it was varying degrees of interest and apathy after that until the bell rang and I was done.

It was hard. It was emotionally and physically taxing (because I lost sleep for days before the event). Activities that are a struggle are worth it ‘they’ say, and I do believe this to be true. It is hard to see the end game at the first snap. I’m still on the first down and 50. There is plenty of game left, but at least I have a plan and a few fans to make it easier to get to the end zone. Now all I need is a jersey.

My Turning 50 Like a Boss Pro Tip: Don’t dream about what you can work towards.

Check out the video: Judgement Day 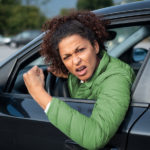 My Worst Ever Job 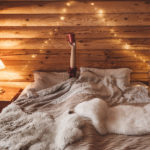 Did You Know Mom Camp Was a Thing?