I feel like I am, just now, learning what this year was really about. It wasn’t a bucket list challenge or even a life list. It was about making healing matter. I’m not sure why it took me to fail at lighting a fire without matches, sorry for the spoiler, to really piece it together.

All along my friends and family have been the strong supporters you would expect of really great people. They have said things like, “You are inspiring me,” or “I have a new interest in fun.” I would appease the response and downplay my role in that inspiration. Who am I to be inspiring?

But it wasn’t until that flint betrayed me and the people around the cold pile of kindling wanted to try and make it work, that I stood back to see the power of change. Maybe they wanted to show me up, another spoiler… they didn’t. But maybe, just maybe, they wanted to be part of what I’d started. It wasn’t just the fire–because I clearly had not started that–it was the year. I’ve begun to invite people to take themselves less seriously, add more fun, to be authentic.

Frequently we let failure add to the story in our minds about ourselves. You know your evil brain’s little joke on you that says, “You always fail, you loser.” That guy. He’s an ass. He’s the same guy that told you to jump off the roof into the pool, and we all know how that turned out. Don’t be like that guy.

Instead, be the guy who shoos away the asshole and laughs at failure and learns from it. That guy is fun at parties because he doesn’t have to jump off a roof to prove he’s worthy.

Not only did I throw away that flint not be used again, but I danced around the fire we started with one match. Damn if that doesn’t feel like a terrific analogy for life. Dance around your successes and pitch the failures. It’s like I’ve been enlightened (see what I did there?).

Failing to light that fire only had power over me as long as I let it. In this case a gruelling three hours. But when I finally let go of needing to accomplish this task, I felt a great sense of relief. I also felt accomplished. Stick with me.

There was no way in the fiery blazes of hell that our fire was going to start with the flint and steel. But I’d always wondered. It goes back to being a dedicated Survivor fan. Jeff Probst hands the teams flint, and the magic happens off screen, except in a fire-making challenge. I had always imagined myself being the person on the tribe that would be starting and maintaining the fire because I do that, to a great degree, when we are at the cottage. The sauna fire is my baby, and I take great pride in my one-match strategy.

So I accomplished my task by not achieving it. I learned a lesson that I will not be able to provide fire for the family in case of an apocalypse or Probst-invasion. But I will celebrate the fire when we have it. I will embrace the givers of that fire and will know that I have a place, somewhere else, in the tribe to keep us going. Maybe it is comic relief, and that is alright. But perhaps my willingness to try and accept failure with grace passing the torch to a more worthy member is all I need to bring. I know that by eliminating one task from my possibilities is not making me redundant, it is making me enlightened.

My Turning 50 Like a Boss Pro Tip: Failure loses its power over us with time.

Check out the video: Firestarter 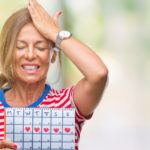 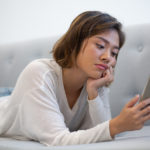