When I was growing up, my father and step-mother entered a car rally each year. For those unfamiliar with car rallies, it is like a scavenger hunt in a vehicle. You follow clues to get where you need to be in the time you need to get to the party. Think Cannonball Run with fewer moustaches.

The one we entered this week benefitted The Children’s Wish Foundation and included dinner and dancing. Two of my favourite things, three if you include hanging out with girlfriends. But first, we had to get to the unknown destination in the prescribed time. Easy peasy. With myself as navigator, nothing could go wrong. Two friends were on the puzzle, one at the wheel and me in the passenger seat barking out orders.

But, then we got stuck in Flesherton.

After a highly successful first leg of the rally, we may or may not have spent two and a half hours circling the Gates of Hell we nicknamed FlesherHell to remind us of the fun we had there. Thanks for the memories.

If it had been me and pretty much anyone else in that car, I would have started at denial, moved into anger, bargaining, depression, and never got to acceptance without a vigorous fight, plenty of tears, and likely more four-letter words then are found in Webster’s. But, I was with my friends. Sure, we were all frustrated. We all just wanted to get to the end and pee. Instead of anger though, we encouraged each other, laughed, and didn’t worry that we might be sleeping in that damn car because we would be fine with nothing but each other. Besides, we had some sprouted vegan crap our friend brought as a snack but was one hundred percent not going in my mouth because cheezies were also in the car. We could use those vegan bars as a pillow in a pinch though.

I didn’t have a group of friends that could get me through troubling times growing up. I had two besties, one of which moved away, and one was so popular with boys I lost her early. I had friends, but they were ever-changing, weather dependent, often male, and the trust wasn’t quite there. They were surface friends and I made my way through my teens feeling lonely.

It wasn’t until the last eight years of my life I have developed a full group of friends I call the sisters I chose. Had it not been for them, I would not have made it through my depression. Two of those friends kidnapped me one day and brought me to emergency to begin my healing. Not only that, my group knew my struggles and hugged me, cooked for me, listened to me, and inspired me to get better. I have been hearing from people while doing this life list challenge that I am motivating them to add more fun into their lives. I could not be that for them if they didn’t save me from my hell first.

So when I find myself in Hell again in the form of Flesherton (to be clear, a perfectly lovely community), I knew I would be safe. Having a group of close friends can change your life. I felt too different from everybody else growing up and I don’t feel different with these women. I feel like I can be me. Annoying, overbearing, insanely adorable, humble me.

Not only that, having them makes me feel like I am setting a good example of the types of friends my kids should look for as they go out into the world without me. Choose your friends wisely, kids. There is no hell when you have angels watching over you. Besides, I’ll be too far away to bail you out of jail, and they will stop me from finding out you were there at all. No one can save you then.

My Turning 50 Like a Boss Tip: If you are stuck in Hell with friends, can it be called Hell?

Check out the video! 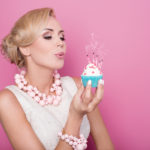 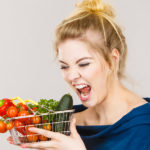 Week 5 of Turning 50 Like a Boss: Trying Exotic Fruits and Veggies