I was 20, spending a summer in Germany. Several times I joined in the local, clothes-free tradition. Whether I was visiting a sauna or a swimming pool, I remember how German men were not phased by nudity. That I was stripped down to my birthday suit made little difference to them. Coming from a buttoned-up culture, it seemed a bit strange. There, I was an invisible woman.

I experienced the same thing years later in other European cultures. I might as well have been wearing tattered overalls, a long-sleeved plaid shirt and work boots. The men didn’t even so much as sneak a peek.

It was both refreshing and startling.

I recall a story that my college German professor, an American, told years ago about a letter from a German student of his. The gal had met a guy on the beach and struck up a conversation. Something clicked, and a dinner date ensued. The gal wrote to my professor: “I’m really nervous about meeting him. We’ve never seen each other in clothes.”

It was such a funny story but it hit on the notion of how differently we view things, depending on our cultural upbringing.

When my daughter was 7, we took our first big family trip abroad to a small hill town in the toe of Italy’s boot, far off the tourist path. In our effort to embrace the culture, we spent a few days lounging on the Italian beach, a sea of umbrellas and row upon row of lounge chairs lining the shore. For a minimal fee, you could stretch out on one of the chairs and enjoy the day, topless if you wanted.

Out of the corner of my eye, I remember my wide-eyed daughter taking it all in. There were women well into their 80s and 90s, some wearing string bikinis, some not. There were saggy boobs, perky boobs, slender young girls and very large women whose bellies fell over their bikini bottoms. No one was sucking in stomachs or trying to appear anything than what they were. Frankly, no one cared. They were oblivious.

It was clearly the most natural thing in the world. And in no time we, too, felt completely comfortable. What initially was alarming to my daughter quickly became exhilarating, then just routine. We sprawled out au naturel as we read our books.

Flash forward to Zurich, Switzerland, a decade later. I’m now 50, and my daughter, 18, is a few weeks from beginning college. One of the most natural and lovely memories is laying out at the Frauenbad, which means “women’s bath/pool,” along the Limmat River, smack dab in the center of the city. We do as the Swiss women do on this floating dock, unpacking ourselves for a day in the sun as tourist boats pass by and hoards more of tourists meander along the river, just across the way.

My daughter and I, admittedly, were transfixed a bit at our front row seat to all the bare boobs. Not in a shameful, OMG kind of way, but in a sheer awesomeness of the beauty that comes in all sizes and shapes.

Pure and simple, women’s bodies are beautiful, not in their perfection but in their imperfection.

Sadly, our American culture mostly embraces the media’s version of beauty, whether it’s waifish supermodels, large silicone-filled boobs, or the Kardashian curves. It’s whatever the flavor of the month is. Anything in between, anything that doesn’t fit the perfect profile, is discounted.

In this culture, I’m never quite at ease in my own body or with the American obsession of nudity. It feels completely abnormal.

When I was two weeks old, doctors sliced into my stomach to treat a problem called pyloric stenosis, a condition that keeps nutrients from moving from the stomach to the small intestine. What saved my life left a fairly large stomach scar, a scar that is as much a part of me as my belly button. I wore bikinis and two pieces as a kid but I distinctly remember as a young girl, I conscientiously would hold my arm along my stomach as I marched up to the public pool’s high dive, trying to hide my scar.

In cultures that don’t shame us as women, not only am I free to bare my body, I no longer care about all of my battle scars, whether it’s decades of wear and tear, stretch marks, varicose veins, or the pockmarks and craters that have left well worn paths over the years.

These marks are all a part of who I am, who we are.

Some day, when I grow up, I want to be one of those 80- or 90-year-old Italian women in a string bikini, or sans bikini, soaking up the sun along the beach without a care in the world.

embracing our bodieslove the skin you're innudity
1
Author Nancy Corbett 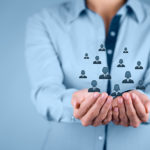 The 9 People that Live Inside an Autism Mom 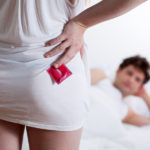