With the recent changes in the Ontario provincial curriculum regarding sexual health education in primary and secondary schools, I’ve seen a lot of conversations happening around the topic of what parents should have the right to teach their kids, and what falls onto the responsibility of the school system.

This brings out a particular kind of Mama Bear in me, an extra corner of my personality that usually lurks deep within. That little me in there knows exactly what its like to be unprepared and unable to process how unkind the world can be, and is exactly the reason why I find it so important to give my children the knowledge that I didn’t have soon enough.

What has truly shocked me is how widely debated this topic has been; I’ve seen many arguments coming forth against the new curriculum’s timeline and subject matter.

What is not surprising is that many of the people coming out against the concept of a standardized sexual health education for our children also seem to have done the smallest amount of research into what is actually being taught, as opposed to what information is being circulated by media outlets and hearsay (and its level of accuracy). Parents are VERY concerned that their children are going to be taught about sex acts, different types of sexual relationships and attractions, and in some way this will differ from the information they are learning at home, which from I can tell will have a lot to do with “values” and “morals.”

But isn’t it a morally right thing to protect your children while also raising them to know how to protect themselves?

While I agree that it is up to parents to teach their children about sex, faith and morality, there is nothing wrong with supplementary education from the best people for the job: educators. People who have worked with children, understand their behaviors, know the legitimate facts about risk factors, statistics about the realities of sexual behavior and discriminatory issues at the educational level.

As a parent, especially given my history of being abused as a child and a young adult, I understand the realities of my job. While I would love to wrap my kids in a magic bubble that will forever protect them from harm and judgment, the reality is that I can’t do that. If I can’t personally be there to smack talk a dumb kid who calls my son “gay” for wearing a pink shirt, then I like the idea of talking to young children about sexual identity and discrimination.

For generations, we’ve used education as a way to progress as a society. From racism to gender equality, we’ve incorporated those teachings into our curriculums as part of our histories. It’s just as important to learn about math as it is to learn about consent and having a healthy approach to our own bodies.

One argument I keep seeing floating through my newsfeed relates to parents of different faiths, and while I understand teaching your child a faith-based approach to sex, that doesn’t necessarily negate the realities of the world. Whether your child knows about gay people or not won’t stop gay people from existing and your child one day learning about them and forming their own opinion.

What I personally don’t understand is why so many parents are so concerned that their children grow up with the exact same morals, ideals and practices that they themselves have. I want my children to grow to be individuals who can form their own independent thoughts and beliefs, not follow suit like lemmings, but actually survey a situation and make a judgment based on what is good, bad or ugly. I want them to set their own personal limits for their own bodies, not my limits for their bodies.

I don’t want to teach my children that sex is a bad thing, because sex isn’t a bad thing. Sex can be a great thing, at the right time, with the right partner and the right measures taken to be safe. While right is more variable for some than others, at the end of the day we all just want our children to make good choices, don’t we?

Doesn’t making good choices directly correlate to how informed you are about those choices?

One mother commented that what she was most worried about was her child “losing their innocence,” but in my opinion, innocence is just another word for ignorance.

While you might be awesome at protecting your kids, keeping them safe from the world and out of harm’s way, in reality the world doesn’t care. If you’re not raising them to be equipped to handle what life throws at them when you’re are NOT around to save the day, then how will the handle it?

Do you know what the mother of the boy who abused me said when she found out? “That’s impossible! I know what he is doing every minute of every day!”

Except it wasn’t impossible. And she didn’t know.

But maybe I could have known how to protect myself better if I wasn’t being shielded so hard to protect my innocence. Maybe if I had more knowledge at the time I would have had more power, or strength, to handle how that moment irrevocably changed my life forever.

We can’t always be there. THAT is impossible. But, when you’re not around and something happens to your child, do you want the knowledge they fall back on to empower them to make the right decisions, or do you want them to have no knowledge to fall back on, because you weren’t “ready” to tell them? 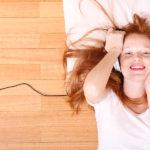 I Was a Bad Babysitter 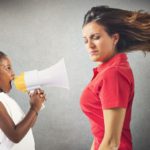 Kids Can Be So Embarrassing