It’s a Tuesday, Ella gets dressed for school. She puts on leggings under her uniform skirt, a t-shirt and a sweater. She’s doubling up today because she knows John will pick her up and every layer counts.

Ella goes through school just like she does every day, a little quiet but smart. Making straight As. Never acting out. Never requiring anyone to call home, or bringing attention to herself. All the teachers love Ella and rave about how polite she is, the perfect child.

Ella watches the clock as the school day winds down wishing 3:45pm wouldn’t come, but it does. She packs up her school supplies, picks up her backpack and heads for the door. John is waiting in the cafeteria just like every Tuesday to pick her up. He’s chatting with a mom and waves when Ella comes in, then they’re on the way out and getting into his car.

The drive home is the same as every Tuesday. Radio on, his hand on her leg and he starts to rub his hand up and down her thigh. Ella tenses. She hates Tuesday because she knows what’s coming. All too soon they arrive home. Ella goes into her room, unpacks her books for homework but just as she goes to sit down and start her homework, John comes in and closes the door. He sits down on the bed and tells her that her Mom will be home in 30 minutes, so they have to be quick. Ella says no, just like she does every Tuesday, but John just looks at her and tells her maybe he will start picking up her younger sister and save her mom the trip. Determined to protect her little sister from John, Ella walks over to the bed and tries her best to block out everything that happens next. The same thing that happens every Tuesday. From when John pushes his fingers inside her to when he puts his penis in her mouth. Shortly after he finishes, her Mom arrives home with her little sister. John hugs her mom and her little sister and like every Tuesday, Ella doesn’t say anything to her Mom, because if she does, what will John do to her sister?

Ella does her homework, takes her shower and goes to bed, just like every Tuesday. One Wednesday, Ella tells a friend at school that she doesn’t like how John touches her. A week or two later that friend tells her mom what Ella said. The friend’s mom calls child protective services. An investigation starts and Ella finally tells someone what’s happening. Trusting the adults, trusting the police who are there to keep her safe and trusting the prosecuting attorney to keep her safe, to keep her sister safe and to finally make John stop.

All too soon, but so many months later, Ella walks into the courtroom. She stares at 14 strangers looking at her, the Judge, a woman sitting next to the Judge and someone typing on a weird machine, and John. It’s so quiet and they’re all just looking at her, even John. The prosecutor asks Ella to tell the strangers about what John has been doing to her. Ella explains that it started when she was 8, so a couple years ago. It started with touching on the ride home from school, just rubbing, then over her underwear, then under her underwear and then finally his penis in her mouth. When Ella is finished explaining what would happen on Tuesday’s, John’s Attorney started asking questions.

John’s attorney continued – if he was abusing you all these years that’s a shocking thing, right? So you should remember, right? How could you get straight A’s? How come no one at school suspected anything? For over an hour he asked Ella questions she couldn’t answer. When he was done Ella looked at all those strangers staring at her. She thought they didn’t believe her now, that this was all for nothing, that she would never be safe.

The prosecuting attorney asked her another question- “Ella, why don’t you remember what specific leggings you were wearing under your uniform skirt? What T-shirt? Or even what you ate? Ella’s voice cracks when she replies “because it was a Tuesday, just like every Tuesday before, it just happened all the time and I can’t remember one Tuesday from another.” Ella looked one more time at all those strangers in the courtroom, stood up on her 10-year-old legs and walked out of the courtroom hoping and praying the adults got it right.

Every Tuesday around our country stories like Ella’s play out, even though only 12% of all child sexual abuse cases are reported to police.

Every Tuesday brave boys and girls find the courage to speak the truth, without scientific evidence when it’s “just” touching and oral, when there are no videos or recorded confessions, just the truth about what happened to them over and over again.

Every Tuesday across the country a child walks out of a courtroom wondering only one thing. “Will I be believed?”

Kathryn Marsh & Melissa Hoppmeyer are moms and prosecutors with over two decades of experience between them, specializing in child abuse, sexual assault and domestic violence crimes. They are also co-founders of Right Response Consulting, an agency that provides training and in the areas of sexual assault, sexual harassment and human trafficking as well as developing policies and procedures for businesses and educational institutions.
Facebook @NoGreyZone, Instagram @Nogreyzonerrc, Twitter @NoGreyZoneRRC 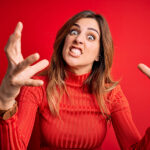 For the Love of God, Take a Parenting Class 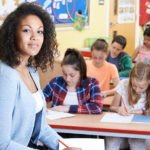