Does your family gather round the table for the holidays, chewing with their mouths closed and having calm, rational discussions? I didn’t think so.

But that’s part of the charm. If Christmas dinner was just another time where everyone enjoyed a good meal and behaved themselves, we’d have nothing to talk about (or complain about or write about).

For years my family celebrated Christmas Eve at my grandparents’ house, and while you could never get an exact headcount (people have the annoying habit of wanting to grab another beer or actually enjoy themselves instead of staying put while you count them), it usually hit upwards of 55 people. Which meant paper plates and cold food, constant chatter and glasses clinking. And at the center of it all were my grandparents. When my grandpa passed away over a decade ago, we missed him immensely but the noise continued. After all, it was never him that had been making all the racket (except for a well-placed “dagnabbit” which I’m not sure is even a real swear word).

But now that Grandma has passed away, it’s the end of an era. We feel both of their losses more acutely because we won’t be celebrating at their house. We won’t be celebrating with anyone of that generation. The next generation has taken over and is scattered about. Smaller groups will have more intimate gatherings, where the headcount will reach a maximum of 10 people. We can count on real plates and warm food, even though we’d rather just have Grandma.

I wish Grandma would be coming to Christmas dinner this year.

I wish she would serve herself first (“I’m the oldest,” she would explain) and ask me to fill her wine glass. I wish she would preside over the festivities with her ever-present smile. I wish she would talk with her mouth full (though I admit I won’t miss her spitting green bean casserole particles on the side of my glass). I wish she would give me a Christmas card that says: “Merry Christmas! Feel free to stop by anytime you like. Just call first. Love, Grandma.”

I wish she would be there to welcome anyone who didn’t have any place else to go, and make them feel as if they were part of the family.

I wish, simply, that she would be there. 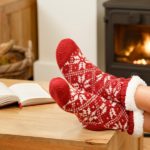 I’m Dreaming of A Jewish Christmas 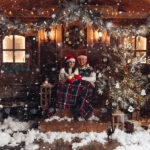 Hallmark Christmas Movies Are Trash. Come At Me, Sis.