When Veronica Partridge’s husband confessed that he has a hard time keeping his eyes off other women’s bums, it was rock-hard confirmation for Veronica that she needed to take immediate and drastic measures to save him from himself: She needed to change her pants.

I know just how Veronica feels. My husband has been noticing the abundance of yoga-pants-clad women too. I catch him looking at other ladies’ rear ends all the time. Just the other day we were in the mall food court eating pretzels, and after careful scrutiny of many shapely passersby he said, “What’s with all the tight pants everywhere I look? Is that a thing now?” I told him it was totally a thing now.

Later that evening, my husband and I engaged in sacred holy matrimonial coitus during which he may or may not have entertained fantasies involving leggings in order to enhance his overall experience of the operation. And I’m okay with that. Because orgasm.

I’m totally kidding; I really have no idea what my husband was fantasizing about while we were boinking, or even if he was fantasizing at all. Maybe, whilst he plunged his impurity stick deep into my hot, narrow gorge of eternal suffering, he was one hundred percent tuned in to me. Maybe I’m more than enough sin for him.

But if my husband was thinking about someone other than me, I don’t believe yoga pants would be his go-to fantasy. He’d probably be more likely to think about a woman who wears elegant clothing and simple, tasteful makeup that screams “I’m no hussy!” He’s really into that stuff. When a woman like Veronica walks by he basically gives himself whiplash. And who can blame him? After all, is there anything more sensual than a well-groomed lady who knows exactly how much skin not to show? Because then a guy gets to use his imagination to visualize the virtuous flesh playing hide-and-seek beneath all that fabric… Scandalous, isn’t it? Way to keep it subtle, Veronica. Men love that.

My husband also has a thing about hair. Perhaps that night we were knockin’ da boots he was daydreaming of flowing tresses of sleek, dark hair. Hair that is shiny, healthy and obviously given plenty of attention by stylists who know what the heck they’re doing (OMG, like Veronica’s!). Now I can rock a pair of please-fuck-me-right-this-second yoga pants like nobody’s business, but these locks? Haven’t seen a stylist in over a year. I look like I’m auditioning for a role in Real Housewives of Deep Woods Kentucky. My hair is not lust-inspiring. My husband likes pulling it sometimes, though.

I wonder how Veronica would feel about that.

I dunno, maybe some people would go crazy for this wild-woman-of-the-forest look I’m rocking. Who am I to make assumptions (as Veronica does) about what ignites or extinguishes lust in another human being? Some might find my frizzy, over-grown mane and profound lack of concern for modest-yet-fashionable attire downright irresistible. Surely there exists a statistically significant percentage of individuals who would unwittingly wander right into oncoming traffic trying to get up close and personal with my cascading split ends and threadbare sweats. And it would be all my fault if they got hit by a car, I guess, if Veronica has anything to say about it.

I wonder if, while changing her pants, Veronica thought of all the other gentle sins that inspire lust in our wayward souls… like short shorts, high heels, pearl earrings, a body fresh from a workout or a shower, some pretty thing that can’t be had, rosy cheeks, a fingertip in the mouth (careful when you eat chicken wings in public, Veronica), a raspy voice, the innocent bat of an eyelash, a warm summer breeze or… absolutely nothing at all.

Actually… on second thought, maybe I will take off these yoga pants after all. 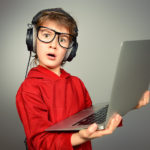 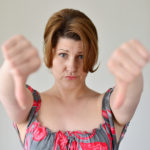 Why My Daughter Is Wearing Bootie Shorts