“Your husband disagrees with you.”

As Clinton outlined her beliefs of the positive benefits of the Affordable Care Act in the last debate, Trump interrupted her with those words.

And I wondered why this was relevant? Why he felt the burning desire to interject yet again to make this clear. I’d be beating a dead horse to reiterate that Bill Clinton isn’t the one running for office. But that is hardly my point. I believe it is hard for some men to conceptualize that for some women it simply does not matter at all what a man thinks. Even if that man is her husband. And for someone as self-centered as Donald Trump, he cannot fathom a woman having a set of opinions that function solely on their own merit without input or sanction from a man.

This certainly does not mean I don’t take my husband’s opinion to heart. He is often the first one I will go to for advice because I value his input. We often share the same outlook on situations but he also challenges me to take a step back. I can get passionate about a topic quickly where he will take a more systematic approach. Sometimes I can look at a situation through his lens and see alternative ways to approach a problem. But not always.

This discrepancy does not define who I am. It does not limit my choices as a woman. I wonder if Trump was expecting her to stop mid-sentence and say, “oh, shit, my husband disagrees with me? Well, forget what I said. I’ll just go with whatever he believes then. He probably knows best.”

We watched the debate with our 11 year old son and afterwards we talked about why that remark bothered me. My point to him was this. No matter who you marry, work with, spend time with, don’t ever belittle them or make them feel like their opinion doesn’t matter. ESPECIALLY if that person is a woman because this shit happens to women all the time and you have to be the sort of man who won’t stand for it.

And you may say “Yeah, but he would have said that to a man. You are being too sensitive.” But you would be wrong.

See, I’ve had a career for 20 years. And while I’ve worked mostly with upstanding, class guys, I’ve worked with more than my share of guys like Trump who do not believe women are equal to men.

I have a number of examples of these sorts of men.

I had an interview where my soon to be boss once asked me why I’m applying for such a stressful sales job instead of ‘staying home with my children’.

I had an employee from our New York office ask if I could “make 10 copies of his presentation,” before a meeting. After slow blinking him into submission, he muttered, “Oh, sorry, I thought you were the receptionist. Isn’t that hilarious?” Yes John, you’re a scream.

One of my friend’s employees once told her God created women as inferior intellectuals whose place was at home. I’m sorry, you mean the same woman that’s out-performing her sales quota resulting in your financial gain? That chick? Just wanted to make sure we were talking about the same person.

And I can’t tell you the number of times I’ve been in meetings and offered up an idea to management and before responding he (insert any number of male managers into “he”), looks to another male in the room for a head nod before agreeing that mine is a reasonable recommendation.

I could cite story upon story but it doesn’t really matter. What matters to me is that my sons will go into this world being the stand up men instead of the assholes.

Mr. Trump, I’m fairly certain Hillary isn’t remotely concerned whether her husband agrees with her or not. I think at this stage of the game, she’s got more important things to be planning for. 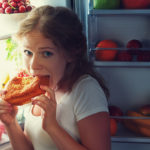 Is This How Eating Disorders Begin? 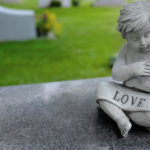 When You Run Out of Tears, Maybe You Can Laugh