So, unless you’ve been living under a rock or have no interest in pop culture (a concept I can’t relate to) you’re aware that American Idol is going off the air soon.

Ok, like really soon. In 2 days and 3 hours as I type this. But who’s counting?

And I’m starting to get a little verklempt.  I need a 12-step program or an intervention or something.

“Hi, my name is Maureen and I am an Idolaholic.”

I have loved Idol since day one. Since that very moment when we actually believed runner-up Justin Guarini was genuinely happy for Kelly Clarkson who smoked him and went on to fortune and fame.  Since the day we stole Idol from across the pond and made it seem like it was all our idea in the first place.

I love, love, love me some American Idol.  Straight up with a side of Seacrest.

My youngest son was but a twinkle in my sleep deprived mind when Idol debuted in 2002. However, he was introduced to the show in utero as I sat with his brothers and watched. He popped out as a total smart-ass who does a mean British accent.  Both of which I blame squarely on Simon Cowell’s snarky commentary invading his amniotic cushion.

But, there is no denying it was family viewing at its finest. How many shows can the entire family watch week after week without one cringe worthy moment?

Well, I guess there actually were a ton of awkward moments. None of them were of the S-E-X variety though unless you count the “Pants on the Ground” audition. Or the entire Steven Tyler era which made us feel icky for watching him lick his chops and salivate over minors.

We all know the judges enjoyed making contestants jump through hoops, but the judges themselves were the freaky, side show in this circus.

Paula Abdul vacillated between being medicated and comatose; rambling on about song selection, lip injections and her lost youth.   The diva-duel between Nicki Minaj and Mariah Carey almost made us forget there was a singing competition at all.  And poor Randy hung in there as long as he could. Every dawg has its day and eventually he no longer wagged the tail of the top execs at Fox.

Yet, I ate up every single minute.  Fifteen seasons worth of Coke sponsored ads, dimming the lights for results, really uncomfortable looking stools and hideous auditions.

And the back stories. Holy Kleenex, the back stories.  Idols are made of heartache, puppies, corn fields, and tragedy. Average people from upper class suburbia might as well punch their return ticket before stepping on the stage in Hollywood.

“The day my girlfriend broke up with me, my dog got hit by the sewage truck and only has one leg so I picked up an extra shift at the Jack-in-the-Box to pay medical bills. I am auditioning on my break which will probably get me fired. Again.”

How can you not love this show?

Just when I thought it couldn’t get any better, along come Keith Urban and Harry Connick, Jr.  That view just does not suck.  Are they speaking? Who the hell knows? Just look at them all rugged and perfect.

And yeah, yeah, Jennifer Lopez is ok too, I guess.

Anyhoo, the truth is, I am going to miss the music.  Say what you want, American idol creates stars. The list is endless. Even people who didn’t win were catapulted into stardom—hello Chris Daughtry.  And Fantasia who had the best Idol name E-V-E-R.

There were some misses, sure. Taylor Hicks and his harmonica got lost on the way to the Wayne County idol Competition at the State Fair and somehow managed to win.

Even still, I bet you are humming an Idol winner’s song in your car right now.  That’s right. Because they are everywhere..

But not for long.  Soon these Idols will lose their commercial luster and there will be no new, shiny Idols behind them. Not only will they not be in my living room, they won’t be on XM radio either.

Ryan Seacrest will have to settle for cultivating his strange hybrid Casey Kasum/ Dick Clarke persona until he rules the world.  The judges will walk away with a crap ton more fans than they had before they were on the show; they won’t suffer at all.

But I will. I have to settle for one less family television show I can share with my kids—not to mention some serious loss of eye candy.

And that leaves me feeling a little empty and with a lot of idle time. 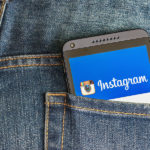 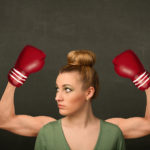 Letting Go (and Letting Be)