When I sent my son to Catholic school, my goals were selfish. I thought it would keep him from drugs, alcohol, wild women, and he’d let me sleep in on Sundays because there would be enough Jesus during the week.

Since he’s only 8, I haven’t had to worry about his drug use, and for him, sleeping in is when he wakes up at 7:30. But the development of his faith has surprised me.

One night, he asked if we could talk. I am always up for a heart-to-heart because I don’t know how long it’s going to be before he decides that he’s too cool to talk to me, and that I wouldn’t understand what he’s feeling anyway.

I tucked him in, and he asked, “Mom, how do you know people go to heaven when they die?”

I was stumped for an answer. I try to be as honest as possible with my offspring without overwhelming them. So, while there is a wide rainbow of belief, I wasn’t sure how much I could share with him. It took me many years to understand the pantheon of belief, and where I fit within it. How could I expect my second-grader to be able to understand while we may believe in Mr. Christ, not everyone does?

Of course I rose to the challenge, and skillfully answered this question, allaying any doubt but not diminishing other religions.

“Well, as Catholics, that’s what we believe. When you die, you go to heaven. If you have some stuff to work out with Jesus, you go to Purgatory.”

This was the best I could muster? Working out with Jesus? Yes, let’s put on a little Richard Simmons, glitter bodysuits, and work out with Jesus. Between the burpees and the pushups, you can atone for your sins and get a fast pass to heaven. St. Peter will be waiting with a towel and some deodorant.

Thankfully, my wise and wonderful baby was able to see over and around my bullshit and asked a more thoughtful question.

“But, what about the Elysian Fields? Or, the Fields of Asphodel? How do you know you don’t go there? And what if none of it exists?”

You could hear crickets as I struggled. What do I say? “Oh, honey, no one believes in the Elysian Fields anymore. That’s just a myth.” There are many people who say Heaven is a myth and you are nothing but worm fodder when you die.

That reminds me, I want to be cremated. The idea of worms playing pinochle on my snout really freaks me out.

“Well, some people do believe that when you die, that’s it. Others think you are reincarnated, or re-born. Not everyone believes the same thing,” I replied.

Oh, Lord. Why am I not eloquent when my kid asks me an important question?

These are the same questions I ask as I struggle with when it comes to my faith, and I hear them coming from my 8-year-old son.

I told him what I believe, and what I would want to hear if I were an 8-year-old boy who has been buffeted about the mind by Catholic doctrine, Greek myths, and a lingering doubt triggered by a deeply analytical nature.

“You go wherever you feel you belong. If that’s with Jesus, or Mohammed, or if everything ends when you die, that’s what happens. What’s important is that you live a good life and you don’t do anything that you wouldn’t want anyone else to know.”

That seemed to satisfy him and he was ready to turn in. But the conversation lingered with me for a while.

Somewhere along the line, my little boy grew up. He went from the baby who relied on me, to the little boy who believed what I had to say, to a young man who now questioned the world around him. And not only did he question, but he did so logically, and with great insight.

As much as it delighted me that he exhibited my burning desire to question everything, it also struck fear into my heart. How would I ever keep up with him, answer his questions, and still be the beacon of reassurance I had come to love being? Will I ever be good enough for my son?

I don’t know if I will always hold a special place with him, or if one day ’ll be relegated to the role of Dear Old Mother, but until then, I’m going to fight like hell to stay relevant and I’ll start by revisiting my favorite Greek myths. 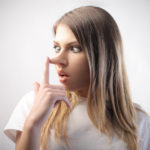 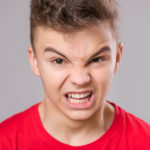