Strap yourselves in. This may take a while. In no particular order, here are some things that make me want to move to my own planet.

Cat Haters – If you read this blog, you know that I can’t stand when people say they hate cats. I also hate when people leave their cats outside, even if they live in the country. Stop it. Don’t adopt pets if you can’t take care of them. If you think cats are able to fend for themselves outside, put your preschooler out at night, too. Actually, your preschooler is smarter, so that’s not a fair comparison.

Pet Breeders — There are so many of them in shelters and they are already put to death. Get your pet from an animal shelter. You’re not a pure breed so why does your pet have to be? The Nazis had ideas about purebred humans, and the world did not like that. Why is it different for animals? We breed the “desirable” pure breeds and gas the mutts who do not have homes. Yeah, that sounds like a cool thing to do.

Bible as Proof – The next time someone tells me something is true because “it’s in the Bible” I’m going to pull out Edith Hamilton’s Book of Mythology and tell him or her (notice how I did not use them) that Zeus makes thunder, so there is no reason to watch the weather channel or look at the weather app. Zeus is the reason for thunder season.

They/Their/them – I hate lazy grammar. Even though it has become socially acceptable to use “they” for everything, one person is not a they. Use he or she if you are uncertain of gender. If you say, “SOMEONE forgot THEIR book” I will smack you upside the head with a Dick and Jane book.

Schizo Ignorance—It is 2021. You can Google ANYTHING. So, before you post something lame like, “I’m schizophrenic and so am I” look up the definition of Schizophrenia. If there are two of you, Multiple Personality Disorder is what you have. If you were schizophrenic you would be clipping newspaper articles for the FBI and pasting them on your cat because that guy in the trench coat who lives in your curtains told you to do it.

Chubby Victims – Americans are always trying to figure out why they’re obese. They blame chemicals. They blame restaurants. They blame medical conditions. They need to look at their portion sizes and compare it to their couch potato time. If everyone would get up and move instead of watching Honey Boo Boo invades the sketti factory, or whatever other nonsense is on, and maybe ate vegetables without cheese sauce, weight would be easier to control. Stop blaming the golden arches and look in the mirror.

Fucking Bacon – There is bacon everything. It’s like the fat man’s quinoa. There is bacon wrapped pizza now, because pizza did not have enough salt or cholesterol already. How fat do you want to get, Murica?

Thick Soup – I love soup, but most restaurants don’t have soup on their menus. Sure, then have “enchilada potato soup,” or something else filled with flour, cream, and lard, but they don’t have real soup. Chicken noodle is a soup. Beer cheese soup is the reason you’re on cholesterol meds.

Lifter Pushers — Gym rats can be worse than Jehovah’s Witnesses. They always want to know why you don’t go to the gym. The next time someone asks me, “Do you even lift?” I am going to ask them how many books they have written and how their blog is doing. We all choose how we will spend our daily 24 hours. If I could write a novel, while lifting, working full time, and taking care of the family, furry and not, I would. Maybe.

Messy Moms – I LOATHE the good mothers have messy houses myth. I am always seeing social media memes that say things like “Messy kitchens equal happy kids.” I say some lazy person made that stuff up. I’m a good mother, most of the time. I’m also a type A neat freak. I have a full-time job, a blog, a novel in the works, four pets, a son, and a husband. My house is clean and neat. That’s because my husband, son, and I WORK at it.

Censoring Myself – It seems like whenever someone religious or politically conservative is in the room, people will give a warning. “Oh, watch what you say because Bob is a Christian.” Bob can bite me. I’m tired of worrying about offending the Bobs of the world. I’m done. If someone wants to be offended by my language, religion, politics, or whatever, then that is his or her choice, not mine.

“Don’t Judge” – People are always saying we shouldn’t judge others. I’m calling bullshit on that. If you are walking through life, not paying attention to the actions of others and thinking about whether you want them in your life or not, you deserve whatever you get. Judge everything and everyone. Analyze what people do and say. Pay attention to that little voice in your head that says, “This one is off her rocker.” Learn to use your own gift of fear.

LGBTQIA Haters –- It is none of your business. Leave them alone. Transgender and homosexual people are often called perverts or child molesters. Do your research. Most child molesters are STRAIGHT MEN. All three of the pervs who tried to ruin me when I was little were straight men.

Sales Pitches and Surveys – It seems like everywhere I go, there is either an up sell, a survey, or both. I fully expect to start getting a survey from my gynecologist. Massage Envy has been the worst with this. I have a membership, and one day I decided to try a facial instead of a massage. Never again. They shove you in front of some black light magnifying mirror to show you how horrible your skin is and how fortunate you are to be there where they can fix this monstrous face of yours. Then, as you are trying to relax and enjoy your facial, you are treated to a non-stop sales pitch about every single product that is used on your face. When you go to check out, there are miracle products on the counter for you to buy. Nope.

Shit — My older cat shits on the floor, usually about two feet from one of the THREE CLEAN litter boxes. My Maltese is potty pad trained because I don’t want her little white fluffy ass going out in the dirt, or getting lost in the snow. So, basically, I pick up shit every day. After all four of my lovely pets die, I want a full five years with no pets at all. I will have white floors and furniture and I will go out of town whenever I want. It will be heaven.

Low Talkers — Even with hearing aids I can’t hear these mumblers. Of course, they usually work with the public. I almost crawled through the pharmacy window to hear what the hell the giggly pharmacy assistant was trying to tell me. If you work with people, speak up.

Not Writing –- I’ve spent the last year trying to be a blogger, which includes pimping myself and other bloggers on social media. I’ve turned myself into a zombie whore. Blogging makes me feel like a frantic mute Avon lady trying like mad to sell ugly lipstick. It has eaten my brain. So now, I’m putting novel writing on the front burner again. I will still post here, and I will still share cat pictures and snarky comments on social media sites, but I won’t be in 4,982 blogging groups on Facebook because it is not going to be my focus. I am going to finish a first draft of Lizard King Club by June 1. I will post sneak peaks and observations along the way. So, tune in if you are interested in rock musicians, reincarnation, and the 27 Club.

Thanks for listening. I feel so much better now. Because I was peer counselor of the year in high school (true story), I want to hear from you now. What are you sick and tired of? Leave me a comment. Let me know what pisses you off. 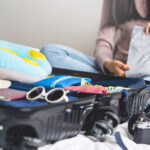 Saying NO to My Mother’s Panties 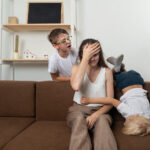 No Hot Girl Summer for This Mom