I was at an event once and was introduced to a woman who was prattling on about this being her first night out away from her kids in three years. I joked about how I had my first girls night out when I was on Percocet for the stitches, and had a week long girls vacation before each kid was six-months-old.

She stared at me in abject horror. I inquired as to the age of her kids, suddenly realizing that obviously she was a single mom with no family support and was parenting triplets with health problems. Why else would she be looking at me as though I had admitted to leaving my kids in the care of an axe murderer instead of my perfectly capable husband?

She had a five-year-old and two-year-old. This was literally the first night she had left them in the care of her husband and gone out for a few hours.

Now we were both gaping at each other.

“What’s wrong with you?” we shrieked in unison. (Ok, maybe we both shrieked it in our heads only. But that’s clearly what we were both wondering.)

I’m into my late thirties now. I’ve watched more than a dozen friends date, marry, have kids, and divorce. A huge warning flag for those marriages in trouble? When mom has no life. She might have no life by choice, or because her husband’s a douchebag, but whatever the reason – moms with no interests of their own outside of their family seem more likely to lose that very family they value so highly.

Even if you are nursing a baby that refuses to take a bottle, if your husband works nights and you have no sitters you trust, find your personal happy space away from the kids. Have girlfriends over at night once the kids are in bed. Find a book club that will let you bring your baby. Cultivate a few good sitters.

Just don’t lose yourself. Your husband married you, not a model parent archetype. There’s no more staying together until the children grow up these days – you won’t get a chance to be you again with him (if you can even remember back that far).

As the flight attendants say, put your own air mask on first, moms.

don't give up your lifemotherhood
1
Author BLUNTmoms 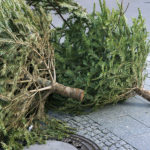 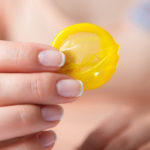