I get the shakes when I let myself “go there.” I hate that. (I really am normal. I am!) I don’t want my trembling hands to reveal that any part of me has been broken. I want all of myself for me, for my family, with not a single molecule wasted on feeling damaged. I only have one life and I want to use my time being awesome, not crying about how my father took something from me.

It always goes like this: I say to myself, “I’m so normal. I haven’t been affected by who my father is.” Then I allow myself to analyze, and it becomes: “OHHHHHH FUCK. Yeah. I really am a product of my environment.” It’s as if every choice I’ve made in life has been to remove myself as far as possible from that other life. Married with two children. Subdivision with HOA. Picket fence and organic garden in the backyard.

It was going to be either picket fences or stripper poles, I suppose.

I know I have to stop denying the truth of it. If my hands are shaking, they’re shaking. I can’t pretend they’re not. And, on the rare occasions I tell “the story,” I can’t stop my voice from quivering. It goes all warbly and there’s not a damn thing I can do to stop it. I can’t prevent that limp-wet-rag feeling that follows any conversation on this topic, similar to the feeling one gets after a night of too many drugs. I know that, after writing this, I will need a nap.

So I have to admit that I have been affected. I am not happy about this admission.

Not that there are no benefits to having lived with a pedophile. (I’m sorry, but you say lots of strange things when your father is a pedophile.) I have what I jokingly refer to as “pedo-dar,” as in, pedophile-detecting radar. Because I heard the strange things my father said, witnessed the inflated defensiveness and excuses, I know what it looks like. For example, pedophiles do things to make people terribly uncomfortable and then claim it was “just a joke,” and accuse everyone of overreacting. My father used to “pretend” he was going to rip our towels from around us when we walked by his recliner after showering.  He would grab the corner and tug just hard enough that if we didn’t clutch the towel for dear life, we’d be left standing naked in the middle of the living room. When we finally confronted him about this, he threw up his hands in mock defeat: “Come on! I was just joking!”

There were other things. I call them “tells.” He always seemed to be having a wardrobe malfunction at the hem of his shorts. Tickle fights went on past the point of discomfort; they felt too intimate. For every female he ever met, he commented on her physical appearance. For the younger ones, he would try to make it sound harmless: “She’s so beautiful.”

He asked my seventeen-year-old friend to “come over sometime… alone.” (That was the first time I really knew. Before that, I only suspected.) He used to ramble on and on about the appearance of my friends, paying particularly close attention to the ones who dressed provocatively. Even now, on the rare occasion that I visit him, he cannot seem to refrain from commenting on my body. “Finally starting to put on some weight, I see! That’s okay, a woman should have hips!” Or something equally revolting.

Wait – see him? I know. It’s weird that I still see him at all. Please reserve judgment on this, as you are not me. I’ve wished him dead enough times, believe me. But I still care about him. The part of him that is terribly broken, the part of him that was sexually abused as a child, suffered from undiagnosed dyslexia and dropped out of school in the tenth grade – the part of him that became a monster – I can put that part of him out of my mind for one hour every six months, while we have lunch at the Applebee’s near his dilapidated house.

I permit this, because I remember a time when he did not seem so broken. My father is a carpenter. He built our house. He painted my bedroom, installed ruffled curtains and put together a four-poster princess bed. He built me a swing-set, from scratch, of his own design. He built me a wooden doll house with a roof covered in tiny wooden shingles that must have taken days to glue on. In the woods near our house, he carved out paths for us, and installed a tree house. With scraps from his jobs, he constructed a play house in the back yard, furnished it, and installed working electric lights. And best of all, in those times, he didn’t look at me funny. He was trying to be a good man, a good husband, a good father.

Sadly, my sister came along three years after me and doesn’t remember much of this. Plus, it was my sister’s friend who bore the brunt of our father’s burgeoning curiosity in the years before I knew what was going on. My poor sister knew all along, sworn to secrecy by her best friend. On the day we confronted him about everything, the day he shook with strange, animalistic sobs as we three women packed our things, my sister’s face was made of stone. She cried, I think because it is just pathetic to see a grown man hiccup and snot like that, but she did not yield in her coldness towards him. I was the one who felt sorry for him. Or maybe not for him, exactly. Maybe for what could have been. What should have been.

My sister has not seen my father in years.

But, because I had a chance to see his good side, there is a part of me that still loves my father. Not that I root for him. I certainly don’t wish him success. I have even wondered many times if I would be capable of putting him in jail.

I watch him shuffle through his wrecked life with missing teeth, terrible vision and a gnarly beard, sitting alone in his broken-down, stuffy hot house. Next door is our long-time family friend who finds a way to forgive him for who he is while also keeping an eye on him. My father has no wife to make him sandwiches. The grandchildren he has will never sit on his lap.

His life now is not jail, exactly. But it is close. 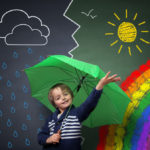 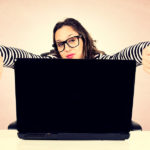 Why I’m Not Reading Your Blog