Are you or have you recently been the victim of an annoying mother-in-law? Does she spend every waking moment berating her “loved” ones for not living up to her batshit crazy expectations? Do you find yourself struggling with a lack of patience on an hourly basis? Is your hair falling out due to stress and/or a constant seething anger that is the direct result of having a mother-in-law who pushes you to the brink of insanity and the only thing that has stopped you from murdering her in her sleep is the fact that you would look hideous wearing an orange jumpsuit?

If you’ve answered “YES” to any of those questions, there is a solution to your problem.

Close your eyes. Take one very deep, calming breath. Imagine if you will, a small island somewhere in the South Pacific. The only sounds you hear are the gentle hush of the wind bristling through the fronds of palm trees and the soft lapping of the sea as it kisses the shore. This private island is the most beautiful location anywhere in existence, with pristine, sandy beaches that never burn your feet and ocean waters that remain a constant  95º Fahrenheit all year long. Three-hundred and sixty-five days of sunshine await visitors to this idyllic tropical destination where the weather is never too hot or too cold – it’s always just right.

Doesn’t that sound like the perfect place to get away from it all?

Too bad, because it ain’t for you.

Mother-In-Law Island was designed with only mothers-in-law in mind. Does yours prefer to spend her days playing free slot games that pay out billions in imaginary pesos that can’t be spent on jack-fucking-shit but are somehow completely vital to her well-being anyway? Does she want to knit fugly sweaters and hats and afghan blankets using every type of mismatched yarn known to humankind? Does she prefer to do absolutely nothing but watch Netflix twenty-four hours a day while someone waits on her hand and foot, runs her errands, cooks her meals and does her laundry?

Mother-In-Law Island offers every single one of these amenities. It literally has everything your mother-in-law could desire, and so much more! The travel brochure has a picture of a young and sexy Ricardo Montalbán on the cover, and his smiling face goes on to explain, in vivid detail, all of the things your mother-in-law would get to look forward to if she goes on vacation with him.

It should probably be noted that the official brochure does leave a few minor features out:

Mother-In-Law Island is only accessible by boat because it lies 2,000 miles away from civilization and its rough terrain allows no room for an airstrip. A fleet of specially-designed ferries offer the utmost in comfort as they sail across the heavily shark-infested waters that surround the island. While the hottest bartenders in the world serve up roofied daiquiris and margaritas to every traveler, your mother-in-law will enjoy her own heated massage chair until she slips into a drug-induced, peaceful state of being.

She won’t know what hit her when she reaches her final destination.

For safety reasons, the ferry is unable to dock along the shore of the island. Instead, it drops anchor about 500 meters away from the beach. One by one, the mothers-in-law are loaded inside of a human cannon. With absolute precision, they are fired into the air like life-sized rag dolls, cartwheeling safely over the perilous water and into the sand.

Some time later, after she has regained consciousness, she will be greeted by the island’s residents: the scores of other mothers-in-law who have already begun their vacations. It isn’t long before all of the newbies are told that they must fend for themselves because the island is, in fact, deserted. By then, it’s too late to do anything about their unfortunate turn of events.

The ferry pulls up anchor and leaves them all behind, but you needn’t worry. The ocean is so infested with sharks, it looks as though it is actually made of sharks; ain’t nobody gonna be crazy enough to try to swim for the boat. No delivery has ever been returned, so rest assured that you can finally begin to regain your mental health with confidence. Your satisfaction is 100% guaranteed!

Back in the days of the show Fantasy Island, the fulfillment of fantasies cost visitors $50,000 a pop. Let’s be real: who’s got that kind of money to toss around these days? Although some might argue that this sort of life-long vacation would indeed be a priceless investment, and that no cost would be too high, we’ve got to keep this thing attainable for the general population.

What would you pay for such a service if it existed?

You have probably figured out that this whole post was nothing more than a horribly mean tease. Sorry about that. Mother-In-Law Island doesn’t really exist. At least, not yet. Now that I’ve laid out a solid business plan for you (you’re welcome), someone who’s loaded with enough cash to buy an island needs to start funding this shit. Right the fuck now. 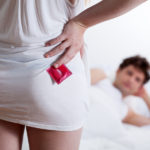 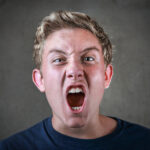 Your Baby Already Thinks You are a Loser