I was born and raised a Catholic.

I’m talking twelve years of Catholic school, complete with the fugly and scratchy-skirted uniforms, the crotchety and ruler-wielding nuns, the countless memorized prayers, and the Guilt. I was expected to go to Mass every Sunday (or Saturday evening) growing up, unless I was too sick to get out of bed. And there hung a framed portrait of “Jesus Loves the Little Children” on the hallway wall in our house growing up. Oh, and did I mention the GUILT?

I married a Catholic man, quite conveniently and to the relief of my mother, and we raised our kids in the Church. My boys received all the requisite Sacraments, attended Vacation Bible school most summers during elementary school, and were highly encouraged to go to Mass until they got to high school, when I just got too effing tired to fight them about it any longer. It’s sooo boring! The music sucks! I can’t relate to anything that priest is saying!

And frankly, by that point, I was losing interest and respect for the Church as an institution, myself. The more I read and learned about the Church’s cover-ups of abuse by priests, the less I wanted to support an organization that seemed so hypocritical and lacking in support for its most vulnerable members – the children. Didn’t anyone in the Church hierarchy remember that Jesus Loved the Little Children? Weren’t we supposed to be doing what Jesus did?

When the news broke recently about decades more of vile abuse against children in the United States, it made me physically ill. And then when Pope Francis’ response was so timidly lacking, I decided one thing: I am finished with the Catholic Church. Done.

But how can I turn my back and quit something that was such a fundamental part of my own childhood and that of my moral identity?
And it makes me feel guilty to simply say those words, which shouldn’t surprise anyone who was raised Catholic.

Because we were taught that the Pope was infallible, it made sense to us that every official Church proclamation and act, regarding faith and morals, was right and just.

So how the hell could it be that high members of the Church were involved in widespread and systematic cover-ups of sexual abuse by priests? And how can I as a mother continue to urge my children to be a part of this messed up institution?

The truth is, I just can’t. And until I see some profound changes being made, I will never again give another dime to the Catholic Church.

The sad reality is that like any other massive institution, there are always going to be elements of corruption. We see it in governments, and in businesses the world over. There are the bad actors, the shitty minority who tarnish the reputation of the many who are good and decent.
And I know there are thousands of good priests in the Catholic Church. There are millions of faithful members who do good works and toil for social justice. And these are the people who need to scream, and KEEP SCREAMING at the top of their lungs, for change. And for justice and reparations for every single victim still alive.

Bottom line, the Church needs to allow females to become ordained priests and to allow priests to be married. Otherwise, it risks engendering its own demise. The current system is spectacularly failing.

I truly believe if Jesus were walking among us today, he’d agree to those allowances. And then he’d get all up in peoples’ faces and personally expel every damn priest in the entire Church who had abused a child or had covered up for an abuser.

Right now, the thought of even walking into a Catholic church feels abhorrent to me.

I will continue to personally support and show up for loved ones who decide to marry in the Church, or who are involved in a Catholic funeral. Other than those instances, and until fundamental changes are instituted, I will refrain from any further involvement.

Because we all know there are many ways to be Christ-like without setting foot inside of a church. And these are the practices I will continue to instill in my boys:

Supporting those who need help – the physically ill, the mentally ill, the homeless, the forgotten.
Working for social justice and equity for the powerless and for those without a voice.
Using talents and time for causes that foster empathy.
Doing towards others what they would want done unto them. (It’s in the Bible, assholes –remember?)

I don’t want either of my sons to be an active part of an organization that values reputation and power above dignity, safety, and respect for humanity – particularly the safety of children. Do the Church leaders not grasp the sick irony of so vocally and practically supporting the Right to Life of an unborn child, while many of their own turned heads when it came to the rights of already- born children?

I just hope and pray that some lasting change can come about in the Catholic Church during my lifetime, as a result of these many years of corruption on the part of some of its most powerful priests. Their sinful and twisted game of Hide the Pedophile needs to come to a permanent and transparent and criminally-prosecuted end.

Perhaps the day will come that my own children will decide once again to become involved in the religion that they were raised in, and to be able to proudly say they are Catholic. If they decide not to, I get it.

Until then, we will keep our own faith, in our own practices, scream for change, and support the victims of priestly abuse in ways we used to support the Church. I’m pretty sure it’s what Jesus would do. 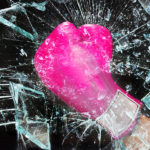 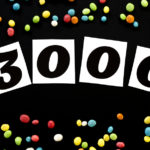 3000 Stories Later And BLUNT As Ever 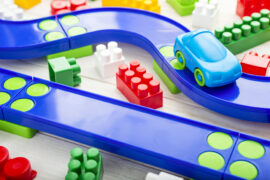