As Remembrance, or Veterans Day, comes around each year, we take part in many beautiful ceremonies to remember the people who served in all the conflicts this world has known.

The memories of World War One are now almost only in written word, because the generation who witnessed it has passed.

World War two is still carved into the skin of people who lived through it, and also on the hearts of the entire world. Black streaks of pain crash through the memories of old men who cry seemingly without reason as their families stand helpless. Grandfather doesn’t speak of it.

Modern wars have taken their price as well. Loss is seemingly always described as belonging to the nation who sent their young people to fight. The nation’s loss.. yes I suppose it is. They signed under the flag of their nation in their shiny new uniforms when they pledged to serve with honour.

The losses are also counted in souls, and grave markers in distant lands. War is also measured in wins and great battles, named after the piece of land conquered.

All of these things, both the losses and the people will be remembered by their fellow soldiers, civilians, and history woven into heart wrenching and beautiful ceremony and gatherings.

Today, we join our fellow citizens in remembering the fallen, and we also wish to specifically honour the Mothers. The sons and daughters who don’t come home are mourned by their nation, but none so much as by the person who gave them life. The mothers of warriors are sometimes forgotten in the stories, but their suffering is the ultimate, as they live on and carry it long after the guns are silent. 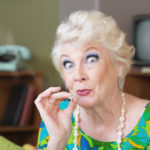 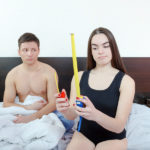