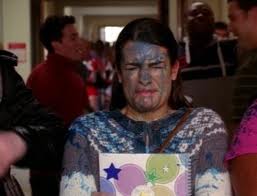 Teenage girls are evil creatures. They are backstabbing, gossip spreading little demons who delight in bringing others down in order to raise themselves. I, unfortunately, am reliving my teenage isolation through my 15 year old daughter.

My girl. She’s tall, she’s incredibly fit from soccer and she’s gorgeous. This is not a mother’s opinion, she’s been told by “those in the industry” that she’s gorgeous. And she really is. She was also the most popular girl in grade 8 and 9, being both kind and confident which is an unusual combination in a teenage girl.

Then in grade 10  things started to slide. She couldn’t stand all the drama so she stepped back from the social world, concentrated on school and soccer. With a maturity beyond her years she made a conscious decision not to be dragged into the booze, drugs and sex world of her peers, choosing to stay home,  workout, be ready whenever the coach for the older team called.

This has been so very painful.  Not for her, but for me! I spent my high school years eating lunch alone in a classroom. I was never ever once in all those years invited to a single party. I wasn’t bullied, I was just invisible. I admit I have loved having a gorgeous, popular daughter who “ruled the school”. I was reveling in her social success. So when she stepped back, I panicked!  I encouraged her to go out, have friends over, don’t just be alone. But she was fine. She ventured back once, went to a party but still wasn’t back to her previous top of the heap. In the time she’d spent away, she’d been supplanted by those willing to literally do anything to be on top.

When  my girl jumped back in, she found the rules had changed! The new rules were far too risky for my competitive sport playing daughter, (you can’t play 4 years up in soccer hungover!) She didn’t like what she would have to do to fit back in, so she stepped back out of the social world. Wow.  How many 15 year old girls would make that decision? Not many, most would do anything to fit in. So I am so proud of my girl. Proud but a little sad too. She doesn’t get invited anymore because she won’t do what is expected. She won’t get wasted, she won’t put out. And while I’m thrilled with her decision not to do those things, it pains me that all those past so called “friends” have left her behind, and now she too is invisible.

Even though she’s good with it all, doesn’t want the boys, the parties, the booze she was hurting last night.    When a comment from a past “friend” cut deep.

” Wow, talk about social status. She was the most popular girl and now she has like, 2 friends.”.

And you know what my girl said to me?

“Whatever mom, in 2 years I’ll be away in university playing soccer and they’ll all be stuck here, probably working at the mall.” 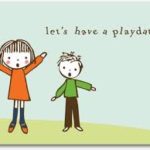 5 Reasons to pass on the Playdate 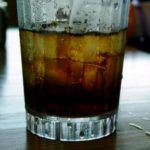