I don’t admit this often but I’m afraid.

Today, I am very, VERY afraid.

I fear for all Americans.

I fear for all people.

I fear for the world.

But what I worry about most is my daughter. Selfish, I know, but that’s what we “mothers” do: we worry about our children. We worry about the quality of their lives today AND tomorrow. And today she is good. Today, there is food in her stomach, there are clothes on her back, there is a roof over her head, and she holds toys in her hands. Toys which are also strewn across our dining room table, and all over our living room floor. Our kitchen floor. And her bedroom floor. But it is tomorrow that scares me.

It is tomorrow which worries me every day, and keeps me awake each and every night.

What sort of world is she going to grow up in?

Well, if she takes after her mama — if she continues to be a strong-willed and independent woman — she will likely be called a bitch. If she is successful, she may be accused of sleeping her way to the top or using her body to “better herself,” and she may be called a c*nt because she has a voice AND an opinion, like Eve Ensler, Katie Couric, Elizabeth Warren, or Presidential-hopeful Hillary Rodham Clinton.

I know what you are thinking: I’m exaggerating. I mean, this doesn’t happen, at least not today.

Not in MY America.

When the 2016 Presidential campaign began, it became clear to me how minimized women still are thanks to what I can only refer to as sexist rhetoric and ignorant ass comments. You see, Donald Trump once questioned Hillary’s sexual prowess, or implied lack thereof, and her leadership ability: “[i]f Hillary Clinton can’t satisfy her husband what makes her think she can satisfy America?”

Carly Fiorina made a similar remark, “[u]nlike the other woman in this race, I actually love spending time with my husband.”

Ted Cruz implied she should be spanked, not only demeaning her but adding violence to the mix: “[y]ou know, I’ll tell you, in my house, if my daughter Catherine, the 5-year-old, says something she knows to be false, she gets a spanking.”

And Trump, well Trump added the following gem: “[l]ook at that face! Would anyone vote for that? Can you imagine that, the face of our next president?! I mean, she’s a woman, and I’m not s’posedta say bad things, but really, folks, come on. Are we serious?”

How am I supposed to raise my daughter in this world?

How can raise my daughter in an America where the “she’s a woman” excuse is being used as a “valid” reason why she cannot — and should not — be a Presidential candidate?

And before you jump down my throat about my political beliefs, before you assume I am one of “those women,” (the ones voting for Ms. Clinton because she IS a woman, because “us girls gotta stick together”) know this: I was a Sanders supporter.

Hell, I still am.

I have no shame in stating that. I will not hide behind it, and I will not pretend otherwise.

In fact, I do not care if you are a Democrat or a Republican or an Independent. What I do care about is my family, and all families.

What I do care about is my daughter, and all daughters, and our political beliefs do not negate the fact that the way in which we, as a society, are speaking about women — including Hillary Rodham Clinton — is wrong. It is damaging not only to one person or one party or even one sex: it is damaging to us as a culture and as a country.

So while Hillary Clinton was NOT my first choice, this year — during this election season — I see her as MY only choice, because I love my daughter. Because I respect MY daughter. And because I value women’s rights.

Scratch that: I value HUMAN rights.

And while you may not agree with me — while you may want me to apologize for getting political of for coming across so strongly and so damn harsh — do know that I am NOT sorry that I have an opinion.

I am NOT sorry for taking a stand.

And I am NOT sorry I am using my voice.

This is my America too, and for the sake of my daughter, I am speaking out.

I am speaking out.

Kimberly Zapata is a wife, mother, writer, runner, and mental health advocate. She is the voice behind Sunshine Spoils Milk, and her work has been featured on numerous websites, including The Washington Post, HuffPost, Babble, Scary Mommy, The Mighty, Mamalode, Bonbon Break, YourTango, Ravishly, APIARY, and Sammiches & Psych Meds. 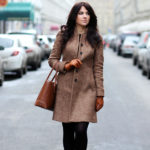 I Am an Introvert, Leave Me Alone! 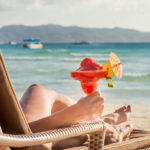