The day has finally come to an end. There is a glimmer of hope that you will be able exhale the stress that has built throughout your daily grind. You’ve come prepared. The popcorn and the appropriately paired wine are on-board. Everything is starting to look up.

Suddenly you begin to feel uneasy. The spidey sense is going off and you know you are entering dangerous territory. Then you see it. You’ve lost the race to the remote. Increasingly alarmed you turn towards the television. Your fears are suddenly realized. You are stuck watching Man TV.

Your captor is waiting for you on the couch. His grin is sheepish but he grips the remote in an attempt to assert his dominance over the situation. You could fight but it is abundantly clear that the struggle would be futile. He’s had a long day, he wants to relax, he needs his release.

Man TV is defined as any of the shit that a person of reasonable intelligence and taste would find trivial, redundant, or just plain dull as hell. Man TV includes, but is not limited to:

-Men seeking crab, fish, or gold repeatedly while making absolutely no progress in the storyline… or their lives in general.

-Men talking about sports as if they have all the answers and staying that their fat butts would have done so much better.

-D-list comedians providing commentary on anything.

– Listening to a monotone narrator explain how crap no one cares about is made.

This hostage situation is typically short lived… like 30-60 minutes. But we can all agree that it feels like an eternity.

You’ll have your revenge. There is a stockpile of Grey’s Anatomy reruns on the DVR simply waiting for their opportunity to strike.

The Type of Woman that Wears Lipstick 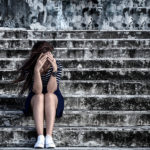 Kate, Anthony and Things I Wish I Never Knew