The other day, I was chatting with a fellow mom/writer, and what started out as an embarrassing admission on my part about the state of my house, turned into a contest of who could out-gross the other. My final confession left me pretty sure I’d won. In the process, I realized I have a serious problem.

It seems I am building a placenta collection.

It started innocently enough. My husband and I were taking prenatal classes with a wonderful doula who was also a serious hippie. I think you probably have to have a least a small percentage of hippie inside you if you’re planning to be a doula, but our teacher had a pretty high hippie ratio, I’m guessing.

That was fine, though, because all of the expectant parents in her class were a little bit wind chimey too. I mean, we all planned to deliver our babies with midwives, and there were even a few home births planned. We were ripe for the hippie picking, so when our teacher began to talk about how some women chose to encapsulate their placentas once they had given birth, we all listened raptly.

“Placentas contain so many nutrients that are used to nourish your child, in utero!”

“Your bodies are used to all of those nutrients, so it only makes sense that you should wean yourself off of them slowly, instead of birthing them and throwing them away!”

We are the only species who doesn’t eat our placenta after giving birth!”

Conveniently, our instructor also happened to offer this placenta encapsulation service. Clearly, she believed fully in the concept, because goddamn, she was a good salesperson. All the expectant mothers in our prenatal class ended up requesting placenta encapsulation, which involved brewing the placenta with traditional Chinese herbs, then dehydrating it (I don’t even want to know how). All to help ease postpartum stress and baby blues.

What I wasn’t anticipating were all the free add ons that came with my order of placenta pills.

The tincture that could be used to help alleviate the baby’s teething symptoms? Neat. Placenta water. Why not?

The commemorative art, that was essentially bloody imprints of my placenta on paper?  Interesting. Frame that shit up, and no one will know. Modern body art, or something.

And look! My dehydrated umbilical cord, shaped into a…heart. In an organza bag. Okay, *that* was just fucking weird.

Oh well. All for the greater good, right?

For several weeks, I took those placenta pills with chutzpah. I was having a shit time getting my baby to breastfeed, and I prayed to my placenta fairy every fucking day. Then, the beast called mastitis visited me and I went down for the count. I had to stop popping those placenta pills (I’m not 100% sure why, ask Chinese medicine), and when I finally got the all-clear to start back, I had completely lost my motivation. I’ll be the first to admit I have trouble with follow-through.

So they just sat there on the counter, in their tinted jar.

My husband wasn’t exactly thrilled that I had spent $100 on pills made from my own body parts, and then not even taken them. Every few months he would stop in front of them, look at me pointedly, and then shake his head in disappointment. If I had just tossed them, both of us probably would have forgotten about them. Instead, they stayed on the counter as a reminder of the money I had wasted, their beady little placenta eyes pressed against the inside of the jar, staring at me in accusation.

But for some reason, I had a sentimental soft spot for these encapsulated pieces of me. That placenta was an organ I grew to nourish my little girl! I couldn’t just toss the jar out.

Nearly three years later, I had my second child, a boy, at home. It sounds more granola than it was, but I guess if you’re used to epidurals, then having a baby on your pullout couch with no possibility of pain relief is pretty much the pinnacle of hippiedom.

After delivering my giant 9 pound baby, the midwife asked me if I wanted to see the placenta. Apparently it wasn’t just the baby that was huge. Cool! I peered at it in wonder. My body had *made* that giant thing. From scratch.

When she asked me what I wanted done with my monster placenta, I didn’t know what to say. I wasn’t going to be paying $100 to eat ground up bits of myself this time, but I couldn’t just heave it into the trash either. I was still exhausted and foggy-brained from labour, so when the midwife suggested I throw it in a tupperware container and shove it in the freezer until I could make a decision, I nodded with relief.

It’s still there, a year and a half later.

Every few weeks, I will be rummaging around in our freezer, looking for something to pull out and defrost for dinner. As I scan the unlabelled contents, my eyes will inevitably linger over the big anonymous container in the corner, and I will briefly wonder to myself, “What’s in that tupperwa…oh. Right. Placenta.” But I never do anything about it.

I do worry about the day my mom comes over and decides to make stew with the random meat she found in our freezer, though. I imagine that, despite hours of slow cooking, that sucker will still be a bit rubbery. My dad and husband will both be working at a piece in their mouths, and my mom will exclaim that she doesn’t know what happened, the meat should be falling apart by now.

And I will be sitting in my chair looking at my plate, not sure whether to be grossed out that everyone’s eating my placenta along with me, or relieved that someone finally did something with it.

Hell, maybe I’ll add a few dashes from the contents of my placenta pills on top. You know, garnish. 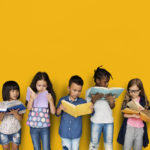 We Are Such a Bunch of Hypocrites About Diversity 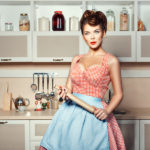 When My Inner June Cleaver Hits The Road