Guys, somehow I missed this story when it first broke, and for that I apologize. It won’t happen again, though, because I’ve started following the wonderful people over at The Independent, your source for bizarre and disturbing news. It’s out of the UK, which make me ask, “Why doesn’t our country have publications like this? We’re America. We should have the BEST news.” I swear The Independent has the most fascinating articles, ones that make you question the human race and renounce your membership to it.

The article I stumbled upon yesterday may be short, but it is good. I’ve really got to hand it to the reporter on this one. He is hilarious. If I could, allow me to sum it up for you. Basically, some genius somewhere had the idea of making an attachment for the iPad so that when you’re watching porn online or casually video-chatting, like you do, you can take your nifty Fleshlight Launchpad out (kudos to the company on the name, by the way), slide the flashlight-shaped, vagina-like attachment into the back of the iPad, and “fully immerse” yourself in whatever you’re watching, according to the company that makes the product.

And, I have some issues with that.

First of all, do you know how shaky and blurry the picture’s gonna be to watch? I mean, think about it. It’s never gonna work. It’s just not practical.

Secondly, and more importantly, why? Why does this product exist? Was there overwhelming demand? Who said (I mean aside from the creepy creator), “You know what I could really use right now? A way to f*ck my electronic devices.” But that begs the question, why stop there? Why not not have an attachment for your T.V.? Or your phone? We live in a mobile world now. You never know when you might have a need for a Launchpad while you’re on the run. What if you have to pick up something at the food store, and you decide to watch some porn on your iPhone in the parking lot? You’d have a need then, right? Or maybe you’re on your way to pick up the kids from school, and you arrive to the carpool line a little early. Got some free time on your hands? Pull out your Launchpad.

Thirdly, and not insignificantly, what’s wrong with your hand?

In the article, the company boasts users are able to “enjoy the full Fleshlight experience while enjoying content or communicating live with a friend via applications like Facetime or Skype.” Excuse me, did you say while communicating with a friend? What friend is going to be ok with you slipping out your Launchpad, attaching it to your iPad and going to town right there in the middle of a conversation?

Picture it: You’re in a hotel room on a business trip half-way across the country, and your boyfriend or husband calls to see how your day went.

“Oh, hi, honey,” you answer, kicking off your heels and flopping onto the turned-down bed. “Yeah, it was ok, but you know Bob. He never shuts up. I had to listen to him yammer away the whole flight while I was trying to prepare for the presentation, and then, then we get here, and he starts going on and on to the clients about the presentation and how much work he put into it while I’m the one who put the whole thing together. Well, most of it, anyway. You know how hard I worked on that… Honey? Honey, what’s going on? What are you doing? The screen keeps bouncing around? Where are you?”

You just have to watch the video to fully appreciate it (sorry, but I like it for it’s comedic value), and I have to commend the advertising firm behind it. They put together a stellar ad. I mean, you’d never know it was for an attachment to bang your electronic device. It opens with the soft, soothing tones of twinkling piano keys and shows an attractive couple who in no way represent the creepy clientele that would actually buy this product. Then a voiceover says, “In a perfect world every special occasion would be spent with that special someone.” I’m sorry, did you say “special occasion?” What about f*cking your computer while your partner watches, somewhat horrified and repulsed on the other end, screams special occasion?

I gotta hand it to the woman in the video, though. She doesn’t seem the least bit offended or revolted by this idea. She actually seems perfectly fine with this celebration of their “special occasion.” Although, if you ask me, it seems like only one of them is having a special occasion.

Damn straight he sent her roses, but guys are gonna have to do a lot better than that if they want to get “Launched” while Facetiming with their “special someone.” I don’t know too many women who would be up for that. From a practical standpoint, I just think it would be way too weird. Think about it. You’re just sitting there, twirling your hair, waiting for the screen to quit shaking, and, finally, when it slows to a stop you say, “Honey, did you hear what I just said? I was telling you about Bob.”

About the author: Stacey is the mastermind behind the humor blog, One Funny Motha, a site she sees as a refuge for rational people. Predicated on the belief that parenting is not nor ever should be an extreme sport, One Funny Motha provides incisive cultural commentary, also known as common sense. Her work has appeared on such sites as The Huffington Post, BlogHer, Scary Mommy and Mamalode, and in 2014 she was named one of the Top 10 Funny Parent Bloggers of the Year by Voice Boks. Perhaps most importantly, she is the proud founder of the Detached Parenting Movement, a child-rearing model she single handedly developed without any guidance or advanced degrees in child psychology. The woman’s a genius. Find her running her mouth on Facebook, Twitter, Pinterest and, of course, her blog. 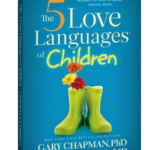 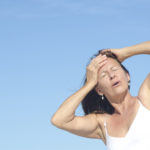 I am So Disappointed in You