Let me begin by explaining a few important contributing factors to The Hairy Nipple Incident.

1. I am a nurse. Because of this my son is well versed in anatomy.

2. My son enjoys arguing. Especially when it is an argument he knows he can win.

3. My son is 6-years old and 6-year olds are unpredictable.

It was a beautiful spring day. I was waiting on the porch for my son’s bus and enjoying a cup of coffee. Both of my girls were napping. It was one of those moments where I was feeling like I really had this mothering thing down. Of course life has a way of bringing you back to reality and mine was about to get off of his bus.

My little guy arrived and I instantly knew something was wrong. My normally exuberant son was acting sheepish. He slunked up the stairs and avoided eye contact. I was pressing him for an explanation and eventually I was able to bribe him with a snack.

The story unfolded in a typical 6-year old’s style. Lots of details about nothing and plenty of subject hopping. After navigating through the disorganized introduction of the story my son finally got to the good stuff.

My son began to talk about a conversation he had with a little girl on the bus that very morning. Apparently my son had proudly announced that he has hairy nipples. Why this particular fact was so important to share I still do not understand but here we are. Of course this proclamation was met with resistance. This little girl stated that she did not believe my son actually has hairy nipples. Now, there is no way to know how or why the conversation progressed past the initial discussion. However this conversion apparently was worthy of occupying an entire 45-minute bus ride.

So the bus first arrives at school but the argument had not yet arrived at its conclusion. Since my son and this girl are in seperate classes the urgency of the situation escalated. Cleary an argument of this magnitude justified a dramatic climax. In this case, the climax involved an exposed nipple and a trip to the principal’s office.

Now my son has a way with words and I feel I would be doing him a disservice if I did not simply quote him in order to provide the most vivid picture of The Hairy Nipple Incident. Please read the following quote with a strong level of frustration, disbelief, and general annoyance.

“Mom, (name redacted) did not believe that I have hairy nipples! So I pulled down my shirt and showed her. APPARENTLY that is frowned upon in that establishment!”

Now, this action was done within eyeshot of the school principal. I can only imagine that this man was a little perplexed by the entire ordeal. Considering I was not contacted about The Hairy Nipple Incident I can only imagine that he was simply at a loss. My son told me that the principal explained to him that nipples are private parts and that it is not ok to show private parts at school. Well played.

I’m sure that an elementary school principal has had plenty of experience with discipline in the most bizarre situations. I picture the conversation as calm and to the point. Me on the other hand… this was a whole new ballgame for me. As the story unfolded I was fighting back laughter. I was fighting it so hard that I had tears forming and my hands were strategically placed to disguise my amusement.

As adults how do we pull this off? How exactly do you impart wisdom and help your child develop into a good person when the situation itself makes you want to break out in uncontrollable laughter? The answer… I have no idea. The best I could do was reinforce that the principal was right and tell him to keep his hairy nipples to himself. 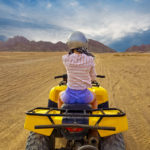 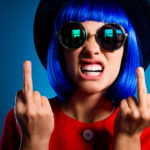 Karma Can Be a Bitch, Kavanaugh