Forty-five years ago a house fire made me want to be a better person.

From Kindergarten to Grade 4, I attended a small elementary school in a small lakeside town near Montreal. There was a girl in my class named Ruth, a doe-eyed, socially awkward waif of a girl from a large, poor family. Ruth had the fearful, embittered look of a beaten dog, as if she expected nothing but abuse from life. She was obviously neglected at home. She often wore ill-fitting, floor-length dresses, seemingly from a bygone era or a fringe religious sect. Sometimes she came to school in a dingy flannel nightgown, her face unwashed and her hair unkempt. She often had no lunch. Clearly no one was looking after her properly.

Children can be such cruel enforcers of conformity, and since Ruth was different from the rest of us and such an easy target, we teased her mercilessly. Boys would poke her and then touch the other kids and yell “Ruth germs!” and we’d all recoil in gleeful horror, pretending that whatever was wrong with her might be contagious. We treated her like a pariah: no one wanted to be seen playing with her or stuck sitting next to her, and she was always the last one to be picked for any team or small group project.

This was long before the advent of anti-bullying campaigns, so our cruelty was allowed to flourish more or less unchecked. Even some of the teachers treated Ruth harshly, as she was absent with such frequency that she had trouble keeping up, and she could be stubborn and uncooperative, often not paying attention, head down on her desk or staring off into space.

My mother had been to Ruth’s house, as her older sister Elizabeth was a Girl Guide and my mother was a Girl Guide Commissioner. She reported that Ruth’s parents were hoarders, with garbage and newspapers piled up to the ceiling in every room. She called the place a fire trap, ominously predicting that if a fire ever broke out in that house, it would be a miracle if anyone managed to get out alive.

One night in the summer between Grades 3 and 4, Ruth’s house burned to the ground and she and her four siblings all died, some still in their beds, others collapsed on top of each other in the overcrowded hallways. Her parents somehow managed to escape the blaze, but her mother later died in hospital of smoke inhalation. I don’t know what happened to her father. I used to imagine that he’d committed suicide, but I think that’s just a story I invented when I overheard my parents ruminating that a man in his situation, having lost his entire family, might be forgiven for taking his own life.

This tragedy affected the whole community, as Ruth’s was a large family, with a kid in almost every grade level, and her aunt worked in the school office. I remember my mother and my older brother getting dressed up to attend the funeral, my brother standing in front of a mirror, clumsily learning ho­w to put on a tie. I wanted to go with them to the service but my mother insisted that I was too young. This made me both angry and sad, as I was old enough to understand that Ruth was dead and I didn’t want to be denied the opportunity to say goodbye.

When we returned to school in September, our teacher somberly acknowledged that Ruth was no longer with us, but otherwise I don’t remember any adults trying to help us understand what had happened. No child psychologists or grief counselors were dispatched to help us process our emotions. We were just little kids, but in the absence of adult guidance all we could do was talk amongst ourselves to work through our grief and shared trauma.

Armed with morsels of information gleaned from older siblings and overheard from adult conversations that abruptly stopped the moment they realized we were listening, we gathered at recess in the far corners of the playground to compare notes. We whispered conspiratorially as we lined up to re-enter the school, gradually filling in the grisly details of what had happened to Ruth and her family.

One of the boys in our class shocked me by saying out loud what some of us might have been secretly thinking but hadn’t dared give voice to: that he was glad that Ruth was dead because she was so weird, and he’d never liked her anyway. My best friend Lisa spoke up and shut him down, telling him in no uncertain terms to quit being so mean. I was proud of my friend for defending Ruth’s memory…even though I had been one of the kids who’d treated her terribly while she was alive.

And here’s the horrifying truth at the heart of this story: it felt to me then – and, if I’m being completely honest, it still feels to me now – as if we had actually bullied Ruth to death. I couldn’t shake the feeling that our collective cruelty had brought about this calamity as surely as if we’d built a pyre and lit the match ourselves. I was convinced that we were to blame, that Ruth had been sacrificed to somehow atone for our sins.

It can be easier to forgive others than to forgive ourselves. The memories of how we tormented that unhappy little girl have haunted me for nearly half a century. I’ve never forgiven myself for how I treated poor Ruth, how instead of reaching out a hand in friendship I repeatedly chose to add to her misery.

But something extraordinary happened in the following year in that otherwise ordinary school in that small town, before my family packed up and moved to Ontario. We did what Lisa had decreed: we quit being so mean. It was as though we had come face-to-face with the depth of our inhumanity, and, frightened by our capacity for cruelty, we stepped back from the edge in shame.

From that day forward, our small class of wise-beyond-our-years 9-year-olds made an unspoken pact, a collective effort to be kinder to one another, to avoid repeating the terrible things that we had done to Ruth.

Rest in Peace, Ruthie. I’m sorry we didn’t treat you better when we had the chance.

Steve Martindale was born and raised in the Montreal area, educated in Ontario and now lives on Salt Spring Island, BC. He has kept in touch with many of the people who still remember Ruth.
4
Author BLUNTGuest 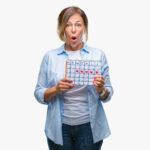 I Am Not Woman Enough for The Diva Cup 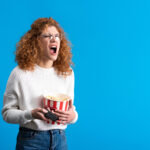 Why Ted Lasso is Not What I Need Right Now