There’s a meme floating around “You are not stuck at home. You are safe at home.” But what happens when you aren’t safe at home? What happens when that’s the place where you are most unsafe, where you fear for your life when there isn’t even a pandemic? Assumptions have been made that home is sanctuary when sometimes it’s a private hell.

Flattening the curve is key to stave off the Covid – 19 pandemic. This isn’t up for discussion. But I am really worried about people whose ongoing survival depends on people noticing things. We are witnesses to each other’s daily lives and so much of what is shameful or scary can thrive in secret, absent witnesses.

I think of the woman who lives with a violent man. He’s so charming. He’s such a nice guy. Nobody suspects that he beats her. He holds back to keep others from noticing the bruises. Now there are no witnesses. He can do what he wants. It’s not a lack of anger management but a commitment to impression management that drives the intensity of his violence. He doesn’t have to worry anymore. His secret safe is and she’s not.

So many times she’s layered on a cardigan over blackened skin and makeup over scratches, hoping those who see her day to day won’t notice the damage that he left. But what happens when no one sees you day to day anymore to see the shift in patterns? What happens when the silence of withdrawal from social connection just looks like quarantine blues?

When you can never do anything right and he’s always looking for a fight, what happens when you’re cooped up together, every irritant inflamed with each passing day? There are no outside influences to distract him. You’re just trapped with the man who beats you and you wonder if the disease outside is scarier than the one you married.

I think of the woman who struggles to eat. People noticing keeps her eating lunch, from losing weight, from disappearing so often to purge. Eating disorders can take deeper root when there’s nobody to notice the damage. She’s working her ass off on her treadmill and calling it “coping” but it’s just another way to purge and nobody has noticed she’s cashing cheques her caloric intake can’t support.

There’s nobody to see that she’s losing weight faster and faster. She’s drowning in her sweaters and the trauma of what’s happening takes what was left of her appetite away. Eating disorders thrive in secret. There’s nobody to say stop. There’s nobody to see things are getting out of hand. She logs onto Facebook and sees everyone sharing memes about how fat they will be at the end of quarantine and she shudders. She’s even more determined to avoid the “quarantine 15” and it all spirals out of control. The fat-phobic diet culture is like a flame to gasoline.

I think of the woman who struggles with alcohol or drugs, desperate to numb out amidst fear and pain. Nobody is particularly functional so a dip in productivity is nothing new. There’s nobody to notice the bottles piling up. She used to have to hold it together because she had places to be and people to see but now the things that kept her from what she feared were taken away. There’s nothing holding her back and under the circumstances, it’s so understandable to want to pour another glass.

Drug and alcohol abuse can be a source of so much shame and with privacy, there’s room to sink deeper into a cycle of addiction and disease. Intoxication feels like a welcome escape from a painful reality. Who wouldn’t want to check out of quarantine hell, if only for a little while? The slope is so slippery.

We are keeping people safe from the virus and that’s important. But we have to figure out how to keep people safe from themselves and others. A lot can go wrong when there’s nobody to notice. When we’re already muted with fear there’s nobody to notice the deafening silence of an overdose, a beating gone too far and the quiet collapse into a mental health crisis. I’m afraid of the virus, but we’ve lost our social safety net and that scares me too. 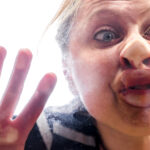 Things I Never Imagined I’d Do: But Then Came COVID-19 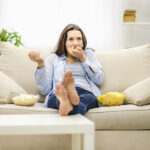