I come from a family of avid travelers and grew up with parents who, for some sadistic reason, thought it would be fun to drag four kids on a jumbo jet each summer to every national park known to mankind. While my siblings enjoyed these little forays into vacation hell, I was the nerdy kid popping Dramamine like Tic Tacs before boarding a flight. I learned at an early age to control my nausea, and my sphincter muscles, in order to avoid an unexpected accident on aisle five.

By the time I got married, I was a seasoned flyer. It still gave me a nervous stomach, but at least I was no longer white-knuckling a barf bag during takeoff.

Things changed once my kids were born. I started questioning that pesky mortality thing and feared my babies would end up motherless like Bambi. It didn’t help that I was a sucker for all those airplane crash documentaries either, but I believed my phobia was validated after a few hair-raising experiences of my own. No amount of Xanax, vodka or cocktail peanuts was going to get me back up in the skies.

My fear of flying has been compounded by the Bermuda Triangle, which is only a mile off the coast where I live. Many flights out of Ft. Lauderdale circle over this mysterious patch of the Atlantic Ocean where dozens of planes have fallen off the radar and disappeared. There’s a reason it’s nicknamed the Devil’s Triangle, and the idea of becoming fish food or part of an Unsolved Mysteries episode just doesn’t appeal to me. I prefer to think those planes detoured through the Twilight Zone to Gilligan’s Island.

Beyond the frightening takeoff and landing aspect of flying, the plane itself is a claustrophobic’s nightmare. Being herded like cattle into a steel contraption that resembles a giant MRI tube is not my idea of fun. Nor is fitting my butt into those narrow seats, then needing the Jaws of Life to get out. The oxygen masks above should also drop down automatically every time someone farts on a flight. And every overhead bin should be equipped with a mini-bar to relax phobic flyers like myself.

Airplane bathrooms are another issue to contend with while flying 45,000 feet in the air. Forget being inducted into the Mile High Club. Every time the plane hits a pocket of turbulence and drops a few hundred feet, so do my bowels. I have an irrational fear that if I sit too long on an airplane toilet, my butt will get sucked out into the stratosphere. I think this was the start of my Irritable Bowel Syndrome.

The only way you’re going to coax me onto a flight today is if you promise me a bottle of rum and a first class seat…next to a handsome celebrity. If the plane nosedives into the Devil’s Triangle, hopefully I’ll be transported to Gilligan’s Island.

If you need to find me, I’ll be the one sipping Pina Coladas in the tiki hut with Jason Momoa at my side.

Marcia Kester Doyle is the author of the humor book, Who Stole My Spandex? Life In The Hot Flash Lane and the voice behind the popular midlife blog, “Menopausal Mother.” Her work has been featured on numerous sites, including The Washington Post, Cosmopolitan, Good Housekeeping, The Huffington Post, Woman’s Day, Country Living, House Beautiful and Scary Mommy, among others. 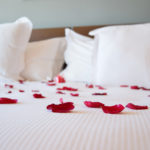 Relighting The Fire: In Search of Delight 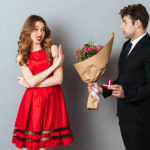 How To Decline A Promposal