No one told me there was going to be so much crying.

From the day I gave birth to my first child, until today – almost 5 years and a second kid later, there has been crying EVERY DAY.  I thought crying was maybe a once a week thing with kids.  Clearly I didn’t babysit enough.

I don’t remember crying more than once a month as a kid, so either I have a poor memory, or my kids are whiners.

In any case, in an effort to better understand it and hopefully avoid the triggers, I’ve compiled this handy list of reasons your preschooler might cry because of something you’ve done (or failed to do).  This is based on my kids, but if you’ve got whiners, you may find that many of these triggers are universal.

31 Ways You Made Your Kid Cry Today

1.  She asked you what she should draw and none of the 86 suggestions you provided were acceptable to her

2.  You said “No” (to anything – possibly not even directed at your child)

3.  You asked him for your own turn on Angry Birds while they were playing

4.  You failed to prevent a siblings head from coming between the child and their screen of choice

5.  You asked him to eat a single pea in order to get dessert

6.  You’ve put too many layers of clothing on her, or a single layer of clothing in an undesirable fabric OR You made him wear pants, socks, shoes or a combination of these items

7.  You cut his hair with clippers, disobeying his sound ordinance (whistling may also cause a furor)

8.  You made up your own words to a children’s song he knows the CORRECT words to without prior approval

9.  Your lack of proper drying caused her to slip when she went running down the hall like a bat out of hell after bath time

10.  You won a board game you were playing with them (fair and square b*tches!)

11.  A marker cap was left off a marker and can’t be found (it doesn’t matter if it is lodged between her butt cheeks, it will still be your fault)

12.  You let [insert other child’s name here] go first (at anything)

13.  You ran out of O-O’s (or some other kid’s snack they have made up names for that are unknown to you)

14.  You didn’t leave the proper combination of hall, room and night lights on after tuck in

15.  You made him sit still for 25 seconds to clean stalactites out of his ears

16.  You failed to properly execute the game they made up in their minds where you take a large blanket and hoist them into the air over and over, single-handedly like a trampoline in the foyer (you are so mean)

17.  She caught you burning her artwork (in my defense, the production volume is insane for the girl and threatens to bury us alive)

18.  You were unable to locate the ‘crabby apples’ episode of Care Bears from the 1980s on YouTube in the 16 seconds allotted to you

19.  You skipped the one freakin’ ad on YouTube she likes

20.  You fail to react properly when they Care Bear Stare you with their imaginary belly badges (note: I have no idea what the proper reaction is, but I think it might be writhing in pretend pain)

21.  You cleaned up what you thought was her mess, however, she believes it was an architectural masterpiece

22.  You didn’t properly dry his lovey after washing it, and now of course bed time is nigh

23.  You let the other child make Daddy’s coffee

24.  You put a stop to scootering in the house the third time someone’s hands get run over

25.  You brought her a drink of water at night, but you didn’t stay to watch her drink it

26.  You bought bear-shaped gummy vitamins instead of princesses

27.  You made them take their books back to the library (because they were due)

28.  You only replayed Mambo Italiano 8 times instead of the requested 12

29.  You let her brother teeter too close to the edge of his chair at dinner time and she fears for his life

30.  You let her brother lap the bath water like a dog and she fears for his life

31.  You made eye contact with the boy while he was loading his diaper in his outhouse (aka behind the plantation shutters)

There are so many more, but if you can knock these out and get on your parenting game, maybe they won’t have so much to cry about, and maybe you won’t be on the receiving end of a Care Bear Stare.

(This post originally ran on Pecked To Death By Chickens.) 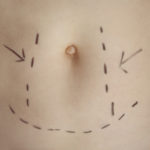 Keep Your Body Shaming Off My Tummy Tuck 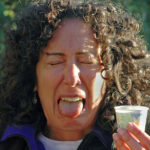