Let’s take a minute to talk about women’s bodies. I know it’s one of your favorite subjects and you’ve made it very clear that you feel you’re entitled to do with them what you wish. But before you think you’re going to start governing our bodies, let’s make sure you have your facts straight.

During the abortion conversation in the third presidential debate, the country listened to you paint a pretty gruesome picture:

No Donald. That’s not how it works. “Ripping the baby right out of the womb” that close to delivery is called a C-section. It’s not an abortion. There are also times in the last weeks of pregnancy when doctors induce labor because the baby is found to have fatal complications or because the mother’s health is at risk. Again, that is not an abortion. And it’s also not a decision that women take lightly.

According to the CDC, 91.4 percent of abortions occur before 13 weeks and only 1.4 percent occur after 21 weeks. And, according to Guttmacher Institute, 43 states “prohibit some abortions after a certain point in pregnancy.”

So that gruesome picture that you’re painting, Donald? It doesn’t really happen. There are no babies being aborted days before their due date.

What I find incredibly frightening is that you stood in front of the entire country and spoke with authority on something that you understand very little about. It’s outrageous to think that there are people listening to you and taking your words on this issue (and other issues) as fact simply because you are allowed to stand on that stage and you seem to believe what you’re saying.

While facts may not be so important to you while you’re judging our bodies, at least try to learn a thing or two before trying to govern them.

JENNIFER GARRY is a freelance writer and girl mom living in New York. She’s more than a little obsessed with chocolate, Netflix, and women’s rights. She writes regularly about motherhood with humor and brutal honesty on her personal blog, Cuddles and Chaos.
Facebook: https://www.facebook.com/CuddlesandChaos/
Instagram: https://www.instagram.com/cuddlesandchaos/
Twitter: https://twitter.com/jennifergarry 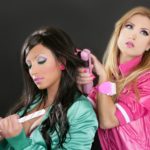 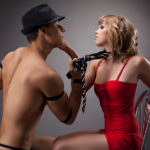 One Kinky Night Out at the Sexpo