When I received the news yesterday, I immediately tensed. A knot the size of a baseball emerged from my upper trapezius. My heart began to race. I knew what I was in for. Our household has been stricken again—by the man cold.

“Hi, honey. I’m on my way home from the office. My head feels like it may explode, my nose is running and congested at the same time, and I keep getting these weird dizzy spells.” There was a pause, presumably for the part where I was supposed to tell him I was so sorry, that I would take care of everything, that he should just crawl into bed and not worry about a thing. Instead, I barely was able to disguise the dread and annoyance in my voice when I said,

“Aw. Gee. That’s too bad.” I checked the clock. It was 1:30 in the afternoon. I was in the midst of my workday knowing I’d have to pick up the kids in less than two hours, make dinner, bathe them and get them to bed before settling down to finish my work. I also knew that if I had been the one to come down with the cold, my day would be exactly the same. There wouldn’t be any crawling into bed to lick my wounds, there wouldn’t be anyone else to take care of the things that normally fall onto my shoulders. Sick or not, missing a limb, or even possibly losing my vision, my day would still go exactly as any other day would.

Man colds are serious. And the strange thing is they only afflict…wait for it… men. When a woman gets a cold—and I’m not talking about the flu or anything more serious than a case of a runny nose, some congestion, possible headache, and general malaise, she powers through. And let’s not kid ourselves. Even with a flu, the kids will still be tugging the comforter off wondering when dinner will be ready. Coming home in the middle of the day to crawl into bed isn’t an option. There’s still work to do, kids to make dinner for, general life duties to tend to. When a man gets a cold, the world just stops. He, generally, will come home, crawl into bed only emerging for meals in which he will languorously pull his beaten body to the table only to cough and moan through the duration of the meal, before hauling his ass back to bed to throw off the world until he feels better. I thought maybe it was just my husband. But after arriving home from seeing patients, grabbing snacks for my kids because they can’t fathom a world in which my car doesn’t have at least four snack options, filling an extra water bottle just in case one of my kids doesn’t have a beverage for the time it takes to drive them home from school, I bumped into my husband as he practically limped into the house pronouncing himself sick as a dog. I watched in awe as he dumped his work bag on a chair, pulled off his shoes and heavily climbed the stairs, an air of despair circling him as if the Grim Reaper had already wielded his scythe in his direction proclaiming him a doomed man.

When I arrived at my son’s school, I informed the first mom friend there that my husband had just come home with a “man cold.” She rolled her eyes and made a “blech” sound.

“Oh my god! Man colds are the worst!” she exclaimed before placing a hand on my shoulder, a look of object sadness on her face. “I am so sorry,” she whispered to me as if we were discussing the recently deceased rather than a man with a common cold. She left with her kids, one last woeful look over her shoulder. I tarried on before encountering another mom friend.

“You poor thing. I want to kill my husband when he gets a man cold. He either becomes an asshole or a little baby.” She laughed before patting me on the back. I spoke to perhaps five or six women somehow working my husband’s man cold status into the conversation. Not one of them was ignorant to the man cold. I was met with grief, anger, bitterness, understanding, and compassion at every turn. And I realized. The man cold is universal. It strikes everywhere and presumably every man. And it could happen at any time. So be prepared, ladies. It’s cold season!

My name is Lindsey Goldstein. I am a writer, a physical therapist and a mom of two kids. I’ve been published in HerStoriesProject, the Modern Love column in The New York Times, and Kveller. 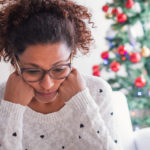 Surviving the Holidays:  A Grieving Mom’s Point of View 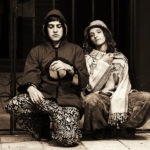