I got a call from a friend the other day who received a big promotion–one she has worked 20 years for.  A senior director and major influencer casually says to her, “You’ve been doing great work so far and I want you to be successful. But you should know, you are a little too perky.”

I’m sorry, whatthefuck? A. Little. Too. Perky. Her personality, work ethic and drive earned her this promotion. I couldn’t help but think if she were a man, would this conversation have occurred? Would he sit a man down and say, “Listen, you are just too damn passionate?”

I’ve worked in male-dominated environments most of my career. I am not easily offended. In fact, one of my old managers used to scratch his balls enthusiastically throughout most of our meetings. One time, he even used a quarter. I never batted an eye, though I kind of felt bad for the quarter.

I expect a certain level of off-putting behavior from men in the workplace. Most women I know actually prefer working with men over women, including me. I’ve never questioned this behavior. Even after an interview where my soon to be boss asked me why I’m applying for such a stressful sales job instead of “staying home with my children.” Yep, that happened. And I took the job. Because I thought it came with the territory.

After “Perky-Gate,” I asked around to see if other women (across multiple industries) experienced similar situations. What I heard was frightening for two reasons: 1 – The frequency with which they occur, and 2 – the feeling of resignation we all experienced.

I heard countless stories about boys-only dinners (strip club visits charged to the company). The time my friends’ employee told her God created women as inferior intellectuals whose place was at home. Wait, you mean the same woman that’s out-performed her sales quota resulting in your financial gain? That chick? Just wanted to make sure we were talking about the same person.  Another said it’s a common occurrence to walk into her bosses office as he peers out his window (with binoculars) to check out women running on the path below.

Still another was asked if her female co-worker was going to “shit out another baby” anytime soon. Because, you know, it’s time consuming for him redistributing her case load when she’s out. I can only assume this requires much more exertion than say, “shitting out a human being.”

My personal favorite? An employee from our NY office asked if I could “make 10 copies of his presentation,” before a meeting. After slow blinking him into submission, he muttered, “Oh, sorry, I thought you were the receptionist. Isn’t that hilarious?”

I was told many “less serious” stories as well. When a friend couldn’t make it to happy hour, her boss said, “Gotta do the mom thing again, eh?” A client referring to my friend as “Sweet Tits.” A coworker used to run into my adjoining cube whenever he had to fart (OK that was funny). The countless times men use the word bitch, pussy or C-U-Next-Tuesday as punchlines.

There are also the approximately 7,123 times I’ve overheard both men and women say about a female in charge, “She must have slept her way to the top.” Ah, the all-powerful, spellbinding vagina that has launched successful women’s careers since the beginning of time.  Don’t you think every company would have a female CEO if this were the only requirement? I don’t think this is what Sheryl Sandberg meant when she asked women to “Lean In.” And I don’t anticipate Monica Lewinsky’s name on the ballot come this November.

All these years and examples, why is it I still prefer working with men? Obviously, there are just as many male coworkers who’ve been nothing but respectful 100% of the time.  But, the boss who questioned why I didn’t want to stay at home with my kids? Best boss I’ve ever had. So, should women just take one for the team (figuratively, of course) when these situations come up? Or should we show up for work tomorrow, scratch our vaginas and let these guys have it?

What do you think? 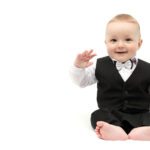 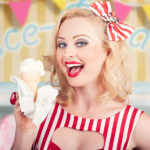