And I breastfeed my child.

Often at the same time.

I’m expected to feel guilty about having a drink and nursing my child. But I don’t. Because I’ve realized something: As a society, we treat mothers like infants.

We baby them. And, of course, we should. New mothers, especially, need our help and compassion.

But we baby them. We treat mothers like helpless children who can’t know what’s good or safe. From the time the stick turns blue, someone is telling mothers what to eat, drink, wear, buy, and how to act.

It’s enough to make anyone want a drink.

A former wine-maker, I am a passionate wine lover.  Once I became a first-time mother, my curiosity led me to research breastfeeding and alcohol consumption in greater depth.

What I discovered surprised me: I couldn’t find any evidence that healthy, low-risk mothers who drink alcohol while breastfeeding are harming their children. In fact, I found the opposite. Educated, breastfeeding mothers who consumed alcohol had children who were scoring higher on the developmental scale than mothers who abstained from alcohol entirely.

This large scale study, completed in 2002 and promptly ignored, tracked families for 15 years, and attempted to replicate findings from an earlier study that found developmental delays in children whose mothers drank and breastfed.

Unearthing reports of the original study, completed in the 1970s, found that breastfeeding moms who consumed alcohol had one-year olds with significant gross motor developmental delays.

But here’s the problem: The mothers in the earlier study, which showed developmental delays in their children, ingested more alcohol, were twice as likely to smoke cigarettes, and 14 times more likely to get high using marijuana.

The older study does not accurately reflect the habits of today’s breastfeeding mothers.

Here’s what may be the most important piece of the puzzle: Researchers noted that the surprising results may correlate to socioeconomic status: The women participating in the most time-intensive portion of the study – which included reporting alcohol intake and breastmilk consumption in detail – tended have a higher socioeconomic standing. They earned more, learned more, worked more. They were not considered at-risk mothers, unlike many in the earlier study.

The Centers for Diseases Control released a study showing alcohol consumption while pregnant is more common with college-educated professionals in their 30s. Many – I’m going to say most – of these mothers are just like me. We’re dedicated to providing our children with every opportunity and the best education possible.

The conversation about breastfeeding and alcohol consumption needs to be reopened. We need to recognize breastfeeding mothers are not just stay-at-home milk factories, and should be permitted to engage in adult activities that are not harmful to their children.

“Unnecessarily restrictive,” those two words sum up being a mother today. As breastfeeding mothers, I am expected to martyr my adulthood on the cross of motherhood, even if there’s no evidence that I need to.

This mother refuses. After much research, discussion, and education, I’ll safely enjoy alcohol in moderation, and strive towards full-term breastfeeding. I’ll rest easy knowing my child is reaching, and in many cases surpassing, every developmental milestone.

I’ll drink to that.

Ashley Trexler is dedicated to busting through expectations about what it means to be an unmarried mom today. She loves honest talk about parenting and life choices. Follow her at http://liesaboutparenting.com. 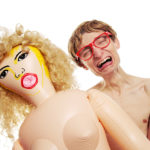 The Bad-Girl Guide to Writing Erotica 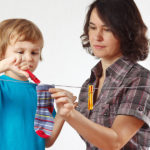