Even before she was born, my daughter liked to screw with me. She managed to convince my OB that she was a boy, so I spent roughly 20 weeks prepping to have another penis in the house. That all changed when I got an up-close-and-personal, 3D look at my baby.

We had told the technician we were expecting a boy, so the surprise was palpable when she pointed out the hamburger buns on the screen. I thought there had to be a mistake.

“So, um, how long have you been doing this?” I asked the tech. “First week on the job?”

She had years of experience and was more than qualified to identify a va-ja-jay. She even drew an arrow pointing to it and wrote on the screen in big letters, “IT’S A GIRL!”

Soon, I was awash in Pepto-Bismol pink, and even sooner, it was time to have the kid. We raced to the hospital, where I encountered the most sadistic nurse in the Labor and Delivery ward. To see how dilated I was, she reached high up into my cervix and practically fingered my tonsils. Then, she duct taped my IV to my arm and sent me on the Bataan Death March around the maternity ward. I think she would have whipped my flanks as I circled if she thought she wouldn’t be noticed.

I finally escaped her clutches once I was deemed to officially be “in labor.” See ya, twat face! I’m having this baby!

In the birthing room, the velociraptor inside kept trying to disembowel me. Finally, my water broke and I got an epidural. Sweet, sweet, epidural. I was floating on a baby cloud of joy after that, making jokes with my family, nibbling on ice chips, and just waiting for the baby to arrive.

I felt a little pressure and I assumed the baby was shifting. My cousin had popped in, and since the diva was taking her time, she decided to leave. My husband, ever the gentleman, walked her out to her car.

The pressure returned, so I mentioned it to the nurse. By this point it was just my mom and I in the room. The nurse flips up the sheet, and then, she gasps.

When a nurse gasps, that’s not a good sign. I started to panic. Then my mom compounds my fear by saying, “Oh my gosh.”
What the hell is happening?

The nurse says tightly and over brightly, “Oooookkkkaaay….. It’s just the baby’s head.” On the inside, I start thinking, what do you mean, the head? What’s wrong with it? For the love of Christ, someone tell me! Then she runs out of the room squawking into a shoulder communicator to try and get someone in the room, BECA– USE THE BABY’S HEAD WAS DANGLING OUTSIDE OF MY BODY.

The blood drains from my head and I suddenly want my mommy. But, my mother is no use at all. She starts panicking, saying, “What do I do?”

She did say later that she was a little freaked out because she saw the baby’s head poking out of my hoohah, looking around the room like she was a creepy little alien. She didn’t add the alien part, but that’s what I think she meant.

My mom runs out of the room, and I am alone. Well, technically, I have my baby with me. Her head at least. That’s really not comforting at all, because my legs are numb, my husband is missing, and my kid is just hanging out in the middle of being born. I don’t want to sit up and check on her, because what if I crush her? And the baby wasn’t even making a peep.

From what I learned later, while I was losing my crackers, my mom ran to the nurses’ station screaming, “The baby is coming! The baby is coming!” The nurses nodded at her, because–duh–a whole lot of women are having babies, but when she added, “No, the head is out!” they snapped into action and stormed into my room like beautiful angels.

Suddenly, I had a nurse at my shoulder and one by my cervix, and three others waiting by the incubator for the rest of the kid to pop out. And pop she does. Thankfully, I did not poop on the table, nor did I tear anything (point of pride for me, really).

And still, my husband is nowhere to be found. My mom finally remembers the magic device called a cell phone and calls him.

To this day, I give him a hard time about missing her birth, and he jokes that he doesn’t know if she’s really our kid because he didn’t actually see her being born. Regardless of her parentage and wild entry into the world, she was, and still is, something to behold. I have no doubt she will be a force to be reckoned with. I have already strapped in and am holding on tight. Are you ready for her? 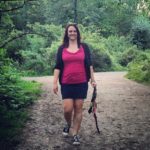 no hiding. just love and celebrating 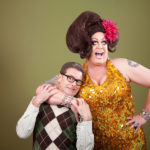