I made my way across our backyard and walked over the imaginary line separating our house and the neighbor’s. We didn’t have fences or hedges between our houses, just flowerbeds and grass. I headed through their yard, past the metal swing set all the neighborhood kids clamored for a turn on and down the slight ditch to the next house over. The east coast summer sun glinted through the trees. It wouldn’t be dark for a few more hours.

I knocked timidly on the back door, my heart beating hard. This was my very first night as a babysitter and my first real job, as in being paid to do a task outside of my own house. I’d earned a few dollars here and there helping my dad garden or doing extra chores around the house for my mom, but this was me on my own earning “real” money.

Mrs. Futterman answered the door. We’d lived cattycorner from them for a few years now but I’d never seen her so glammed up. Makeup, curled hair, some sort of swingy skirt and a rhinestone choker I immediately coveted. The boys, five and seven, came running, both of them talking at once, vying for my attention and who got to do what first. They bounced around me, the little one tugging at my arm. At 11 ½, I wasn’t much older than the big one and not at all sure I could handle their energy and demands. Their mom smiled at me and shrugged in an indulgent “What can I do?” kind of way as she and Mr. Futterman made their way to the front door.

“No fighting boys,” said their dad. “Bedtime is 8 o’clock,” said their mom. The door closed behind them and I was left with two overly excited boys and the faint scent of Chanel No. 5 lingering in the hallway. Bedtime was two and a half hours away. I’d never been in charge of anyone but my five years younger sister and then only for an hour at a time. We played endless rounds of tag. I let them have almost an entire bag of Chips Ahoy cookies and then we watched half of The Love Boat. Basically, I had no idea what I was doing.

One could argue that it was completely reckless of the neighbors to leave me with their two rowdy boys, especially in 1980 with no such thing as a cell phone. As a parent now, some thirty plus years later, I understand how desperation can convince you that yes, this tallish tween girl is perfectly capable of taking care of these two rowdy boys for six hours while we go out for drinks, dinner and maybe even disco dancing. Reminding yourself that you are an entire human being apart from your kids is necessary if you’re going to survive this parenting gig. When weighing your own sanity against the relative well being of your kids, there are times when self-preservation wins, even though it’s risky.

That first night I babysat, the boys wouldn’t go to sleep on their own and we all ended up in their parents’ bed. I thought I’d just lie with them for a bit, but found myself being gently woken up by the mom at around midnight: all three of us were sound asleep. Mortified and sleepy-eyed, I apologized over and over again as the mom walked me to the door assuring me it was no problem. I trudged through the neighbor’s darkened backyard, past the swing set and stepped over the white begonias into our yard, sure I’d never babysit the Futterman boys again.

I couldn’t have been more wrong. Friday night at the Futtermans became a regular thing for me. I grew into a more confident, take charge sitter, waving the two of them out the door once a week to gather up their whole selves, sit across from each other with a glass of wine or party hard on the dance floor. Leaving me in charge became way less risky, although thinking about it now, I’m not sure my ability to babysit crossed their minds. I was a warm body willing to keep their kids safe and sound if not in bed on time and that’s really all they needed.

About the author: Lisa Sadikman is a writer living in Northern California with her husband and three daughters, the third one arriving somewhat late in the game, just as she began dreaming of a life beyond motherhood. Instead, it’s déjà vu all over again except this time she’s wearing heels. You can read about her adventures parenting a teen, a tween and a toddler, managing marriage and living a grown up life on her blog, Flingo, at the Huffington Post and by following her on Twitter @LisaSadikman. 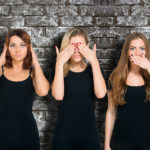 A Wife, Kids, and a Piece on the Side 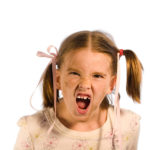