I feel comfortable telling you she’s adorable without seeming to brag because I had absolutely nothing to do with her adorableness. From the day she came out of the chute, this kid has been who she is. So if anyone should take credit for her adorableness, it is she. She clearly used her womb time to brush up on adorable.

While other fetuses (feti?) spent nine months doing somersaults, sleeping upside down and sipping their own urine, mine took the time to master things like charming the UPS man by asking him what he’s going to be for Halloween, giving a Band-Aid to the boy in her pre-school class who can’t stop crying when his Mom leaves each day and her most adorable trick, telling me I’m her best friend right before telling her brother he really is.

I also feel comfortable telling you mine is adorable because if you have a three-year-old girl, have met one or you don’t have a stone for a heart, you know that what I’m about to tell you is 100% (*) true: all three-year-old girls are adorable.

(*One of you is going to bring up the hair puller or the one who says shit like, “No, you can’t play with me.” So it’s not technically 100% true, but close.)

And while some three-year-old boys are adorable, most aren’t. Wait three years for that “Are you sure he was in the womb long enough?” boy to turn six and you’ll hit the adorable jackpot. But until then, three-year-old boys seem like that Thanksgiving turkey you took out of the oven knowing full well it needed more time. Adorable? On occasion I guess, but really just undercooked and a little raw.

So now we can all agree, little girls are adorable. It’s not just mine. It’s everyone’s.

Which brings us to my problem.

I’m in the yogurt store with the kids and my little girl invites the owner of the shop over to our house for tea. We’ve never met him before, but she likes mustache and decides they should be friends. They’ve just finished a twenty-minute conversation about the color pink and why flamingos are pink (they only eat shrimp) and how she just learned that Hello Kitty has a twin sister, but we can’t remember her name.

So now that they’re friends, Margaux invites the owner over for tea.

An older woman says, “Just wait…” and embarks on a monologue about what terrible teenage girls adorable three-year-girls grow up to be.

This pisses me off.

First of all, I’m good at math. I know that in ten short years my daughter will be a teenage girl. And teenager girls are known for a lot of things, but adorable is not one of them. I know that there is a high probability my three-year-old girl will grow up to be an un-adorable 13-year-old girl who will speak full sentences in eye rolls.

I also know there’s a chance she won’t be an annoying, sullen, moody, cranky, overdramatic teen. There’s a chance she might be adorable in her own teenage girl sort of way. The point is that no one knows because it hasn’t happen yet. So yes technically we’ll have to just wait, but we won’t have to “Just Wait,” as if we’ve seen a horror movie and know the ending long before our friend sitting nearby.

Raising kids is incredibly difficult. Kids, unlike a new car or TV, come with no manual. It’s like you get a new job, show up on the first day and your boss says, “Go!” but never tells you what the job is. When I have those good parenting years, like the adorable threes are the delicious sixes, I savor the shit out of them. I’m not going to complain, I’m not going to minimize how fabulous it is when your kids are happy and charming and yes…adorable, and I’m not going to wait for the other shoe to drop. Because when it comes to parenting, the other shoe will always drop. Life with kids isn’t always adorable. I don’t need to be reminded just because I’m enjoying what’s happening now.

The phrase, “Just wait,” is the ultimate rain on someone’s parade. You’re putting your bad experience on someone’s good one and letting them know they’re not always going to have it so good simply because you didn’t.

A friend gets a new job and likes it. Another friend is quick to say, “Just wait, you’ll see…” to let them know the job will eventually suck. This is the shittiest public service message ever. If this is the one day your friend enjoys their job, let them enjoy it. For all you know, they’ll love the job in ten years as much as they do today. Or not.

They didn’t need your insight.

Friends like to “Just wait” newlyweds all the time to let them know the honeymoon will quickly be over. “Just wait,” a friend will say when their newly married friend returns tanned and glowing from her honeymoon in Maui. “Marriage…isn’t…easy…” they’ll say with a sigh and a shrug as if anyone thinks it is easy.

When it comes to raising kids, parents are dying to tell other parents just how horrible it’s going to get. “Just wait…” is the seniors way of letting the freshman know that high school may be fun now, but brace yourself because finals are coming and they suck big time.

By the way, my same adorable three-year-old who can floss her own teeth also head butted her brother the other night in a restaurant and said it was his fault before telling me she loves, “Only not Mommy.” I don’t like every moment of parenting, but right now the going is good and so I am going to enjoy it.

Because I’ve survived teething, I’ve been puked, shit, and pee’d on, I’ve worried endlessly and I haven’t taken a shower without an audience in seven years. So when my kid invites a sweet man with a mustache to tea or my big one says, “Mommy, you’re the best mommy!” I’m going to enjoy it.

I don’t need my parade rained on. My kids will take care of that. They’ll wake me up in the night and I’ll be exhausted the next day. They’ll fight with each and I’ll have to intervene. They’ll tell me they hate what I cooked for dinner and wonder why we can’t just have ice cream. And they’ll worry me so much that I can barely get out of bed. But right now, life’s adorable.

I hope every mother thinks kids are adorable. And neat. And fabulous. If the worst thing we do as parents is love our kids too much, we’ve done okay. Me personally, I’m stocking up on adorable and bracing myself for the less than adorable. I don’t need a parenting buzz kill. Life will take care of that.

Meredith Gordon is a recovered actress and stand-up comic whose always been a “glass is half annoying” kind of girl. She lives in Los Angeles where she’s raises her two children and husband. You can subscribe to her hilarious humour blog BadSandy.com and follow along on Facebook. 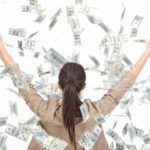 How to Survive a Direct Sales Party 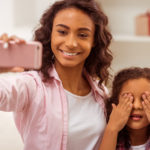 Better Relationships with Your Kids With Cell Phones