I was 18. It was the night before Thanksgiving. My friends and I reunited for the first time since we had started college. Everyone gathered with an excited energy to prove their adultness. You could smell the nostalgia–the beauty of familiarity. I was drunk on freedom, cigarette smoke and hours of endless drinking.

I noticed a guy friend saunter inside. Friends since we were 10, he was part of my trusted inner circle. I had kissed him many times before, usually when my former boyfriend and I were on a “break.”  He’d mend my bruised ego and I would run back to the one I loved. I viewed him as my safety net. So this night felt like many others. I met him on the stairs and we started kissing, moving into a bedroom, the door closing behind us. We were soon lying down and kissing, although fully clothed. Still familiar, fun and innocent.

But then the kissing came to an abrupt halt. All of a sudden, he was lying on top of me, and I could feel his weight shift, forcing me down into the mattress. This was not the norm. He maneuvered his pants down and slyly pushed my dress up just enough. It happened in seconds. He said nothing. Sadly, I said nothing. To this day, it is the biggest regret of my life.

There I was, having that cliche “out of body experience,” watching with horror from above. What is happening? No, that’s not what’s happening. This isn’t how it goes, is it?! He wouldn’t do that. Say something. Maybe he’ll say something? This cannot be happening. Not like this. Not with him. How can he? Scream dammit!

And then… it was over. It couldn’t have been more than a couple of minutes. I frantically RAN out of the room and outside to a car. That night, my ‘safety net’ stole my virginity and didn’t even have the decency to ask for it.

The next day, still questioning what took place, I tried to talk through the details with a close friend. She said, “Are you saying he RAPED you?” I froze. Rape?!! I had known him since I was 10; he’s not a rapist! The word felt too big and scary. “Rape” only happened to women in the movies in dark alleys, right?! I couldn’t conjure up the word rape, much less say it. But I didn’t know what to say, so again I went silent.

I continued to try and have a friendship with this person for many years. Somewhere in my brain, I thought if I could just maintain that relationship, then it would mean nothing happened. I clung to it like the lifeline thrown out to a drowning swimmer. Letting go meant confronting the truth and losing the painstaking battle to control the story. It’s amazing how creatively the mind can work and just how long the power of denial can last. Clarity and courage can take a very long time to unite.

The Rape, Abuse, and Incest National Network defines rape as “Penetration, no matter how slight, of the vagina or anus with any body part or object, or oral penetration by a sex organ of another person, without the consent of the victim.” And for those that may still not understand, let me take it one step further. The dictionary defines consent as “permission for something to happen or agreement to do something.” In a very brief Google search you can also repetitively find the statement: “the absence of “no” should NOT be understood to mean there is consent.” Silence is not consent and many states are now putting that exact sentiment into law. Simply put, yes means yes.

By these definitions, I was undeniably raped. But these definitions are picked apart and consistently debated with intense scrutiny by lawyers and the general public alike (I’m sure you all will do this as well). Each state has their own interpretation and laws, and thus, it would seem each individual has the ability to come to their own conclusion. And therein lies the problem. The ambiguity is overwhelming.

In my case, there was no violence, but there was also NO communication, love, or respect. There was NO mutual or reciprocal understanding. Most importantly, there was NO consent. There was however plenty of drinking, assumption, and confusion. I wasn’t in a relationship with this person. Our past history had revolved around innocent kissing. Lying down or not, this was not a logical conclusion to me.

But at 18, I could not and would not attach to the “R” word. As the delayed effects of my experience seeped into every aspect of my life, I became keenly aware a very real trauma had occurred, but I continued to deny this label. I spent years minimizing that night simply because I did not have the right word to claim as my own.

Then a lightbulb went off–or rather, a therapist, knowing my fear to call it rape, summarized the experience as a violation of the deepest kind. Finally, I felt acknowledged and validated. Violation somehow felt safe, a place I could finally lay my burden, and as I did so, something happened. I stopped being silent.

At 36, I can finally say that on November 27th, 1996 I was raped by my childhood friend and so-called safety net. You may not come to the same conclusion, and that’s okay. I do not need you to. I have Googled the definition for years and wrestled with it long enough. But I know for certain that I would not want any other 18 year old to have the same experience.

Now a parent to the next generation, it is my hope–and I feel, my obligation–to shed light on this very difficult and blurry, albeit too-common subject. As I have found my voice and started sharing my story, women have been coming out of the woodwork to share their stories with me. All are different; all are complicated in their own right. So many that have experienced something similar struggled with how to explain it. They’re aware that it has scarred them in the most profound of ways. We must give them the words: rape, assault, violation, trauma, invasion, attack, abuse, offense, incident and so on. Each of these are powerful and need to be heard. Semantics should not and cannot keep us silent any longer.

I implore fellow parents to start talking, early and often. All of our children will encounter sexual situations, so we must prepare them. We must talk through our own discomfort and give them the words so they, too, aren’t blindsided and silenced. And we MUST shine a brighter spotlight on consent. Sex should never be assumed, owed, or a surprise.

The “boys will be boys” rhetoric can no longer suffice. Things can escalate quickly, so we must teach them to possess the wherewithal to STOP what they are doing, LOOK at the other person in the eye, and ASK them what they want. They need to show this level of respect. Every. Single. Time.

Please join with me. Let’s be the true safety nets for our children.

Katie Bartley lives and loves in Austin, Texas. She is wife to David and Mama to three young children. A former clinical social worker, she turned into her sleep obsession into an actual business as an Infant and Child Sleep Consultant in 2010 and has been helping sleep deprived parents ever since. When not sleeping, she can be found enjoying the food and music of Austin, playing tennis, sweating it out on a trail or a yoga studio and cheering on her kiddos. You can find her at http://www.katiebartley.com, on Facebook and on Twitter. 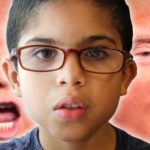 Using Trump-Speak on Your Children 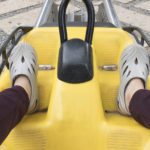 Week 34 of Turning 50 Like a Boss: I Ride a Scary Rollercoaster