This season Manulife is creating a movement of gratitude and paying it forward kindness during the Christmas season. We hope that by sharing our stories (as varied as they are) of #LifeAdvice and #gratitude we can amplify the conversation and encourage more people to think of sharing these types of kind gestures over the holidays.

Life advice sometimes comes to you in funny ways, and while some of our stories may seem a little strange, they all contain advice that we feel strongly about. BLUNTmoms is here to show that even on a bad day, there is something good that can occur, and that simple things sometimes make the biggest impact in your life

If ever you feel insecure, or unsure, intimidated or out of your depth- just exude confidence and it will eventually come.

Exude confidence. This was my teenage mantra. I combined the two words back in the early ‘90s, while making my way through the tumultuous high school years. It makes me laugh now, because I remember feeling like the word: exude was all encompassing, and ever so powerful. Broken hearts, mean girl drama, disappointments and, of course, hormones. Each of these were made easier, with my mantra backin’ me up.

I still cried myself to sleep sometimes, for reasons that I couldn’t have explained if I’d tried. (But all teen girls do that, don’t they?) My mantra, my own version of: fake it ‘til you make it, gave me the boost I needed.

When I look back now, I can see where I got my inspiration from. I never would’ve acknowledged it at the time, but I knew how important it was to be confident, because my mom taught me. It wasn’t just with her words. She knew I was watching her. She knew that her choices and way of life were being noted, by me – on a subconscious (stubborn, pretending-not-to-listen) level.

She lived her words of wisdom and over the years, luckily, they’ve seeped in.

My mom doesn’t allow herself to portray anything but confidence. Warm, welcoming confidence, not the arrogant, cocky type.

You see, my mom refuses to be held back or brought down by circumstance. When my dad decided that he wanted out of their marriage, her heart was broken and I’m sure her ego was hurting too. But, she didn’t let it break her. Instead, my mom chose that time to push forward. She continued on with her Master’s Degree (which she was in the middle of during the time of their separation). She went on to find new love and to remarry. My mom then took on all that came with her role, as the matriarch of a blended family. She also achieved great success in her work and exuded confidence while climbing that ladder. Nothing could stop her!

My mother has doubts and worries like anyone else, but when it comes to meeting her goals, she doesn’t let them stand in her way. She makes it happen. She doesn’t give in to insecurity. She won’t let others intimidate her. And, whatever path she finds herself on, she does so as a capable, confident woman.

Even now, at 65, she’s not afraid to challenge herself.

She’ll hop into her car and drive from her small town, taking on busy, 6 lane highways (with some reluctance) to get to my house. But she does it! Nothing would keep her away.

She has even taken on woodworking, as a homage to her late father and has created some beautiful pieces.

In fact, the reason we’ve moved back to Canada, after spending the past 10 years in the UK, is because of my mom. I know that my daughters will be better people, with her in their lives. She builds their confidence with her words and she shows them just how amazing a girl can grow up to be.

Visit the Manulife blog for more details on what they are doing to share gratitude this month, or pop onto the #LifeAdvice hashtag on Twitter and start sharing the best life advice YOU have received!

This post is sponsored by SPLASH Media Engagement on behalf of Manulife.

@Manulife is asking you to spread some positive by thanking those in your life who have given you great #LifeAdvice. Take a moment to #PayItForward by thanking someone important to you. 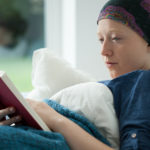 Why Jealousy Is a Terrible Thing to Have 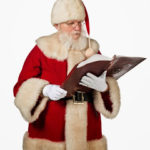