I see you lurking in the periphery of my Facebook feed, posting pro-Trump rhetoric and awful hate speak. I mean, you aren’t saying the things Presidential candidate Donald Trump is, but you are sharing them. You are siding with him.

I could have blocked you. I could have hidden your posts from my view, or I could have just defriended you. But I didn’t, and I won’t. Because hiding from our problems doesn’t make them go away. Because avoiding our problems won’t fix them. And because ignoring ignorance is ignorant.

I’ll admit that when Trump announced his candidacy, I laughed. My friends laughed. Most of my family laughed. He was a joke. This was a joke. His candidacy had to be a joke. Right…right?! I mean, there was no way in hell such misogyny and discrimination would fly in 2016 — in my America. We are smart. We are compassionate. We are understanding. We have come so far.

Really, America? Really? In the “land of the free” you are supporting racism? You are supporting prejudice and equality? You are endorsing a candidate who promotes ideals counter to those in our founding — ideals which sound Hitler-esque?

You see, I feel I don’t know you anymore. Not you personally, but you, my country: the country which I was taught was full of hope and promise. Full of potential. A country I have seen deteriorate more and more with each passing year not because of Republicans, or because of Democrats, but because we cannot get along. Because the ideals which once brought us together are the same ones which are now tearing us apart.

And I’m done — so done — with sitting back and shutting up. I’m done trusting in my country. I’m done assuming you “Trump supporters” will wake up and see the light.

Whether you listen to me or not is your business, but much like you and your candidate, I am exercising my right to speak openly. To speak freely. To speak “to the press.”

You see, Donald Trump has vilified entire groups of people based on their sex, their heritage, their religion, and their country of origin. He has said awful things, terrible things: i.e. he has said Mexican’s bring drugs and crime to our country. (Oh, and they are all rapists.) He has said he would level entire countries, namely Afghanistan and Iraq, because they have ties to/with ISIS. (Mr. Trump: We have ISIS supporters in our country…should we just “ bomb the shit” out of ourselves?) And he has called for a “complete shutdown of Muslims entering the United States,” because nothing says “greatness” like prejudice. Like cowardice. Like acting like Hitler.

(Yup. I said it…now deal with it, because it is true.)

Some have argued Trump has a backbone. They say he is the only candidate who is strong enough to face terrorism, to fix Obamacare, and to confront immigration. They argue he will get things done. They argue he will take care of his country. But how can he take care of his country if he can’t take care of himself? (Donald Trump’s casinos have failed. His airline has failed. His mortgage company failed, and — in 2010 — he filed for bankruptcy. Success at it’s finest? I think not.) What’s more, where was this backbone you speak of last month, when Trump backed out of a GOP debate because he was afraid — because he was too afraid to face a small, blonde woman? Because he was afraid she may push him to answer questions which you couldn’t, or wouldn’t. Because he was afraid she would bring his flaws and fallacies to light.

I’m onto you, Donald Trump, because while you come off arrogant and pompous and “strong,” you are nothing more than a squeaky wheel. A scared and insecure wheel who has to make noise to silence the truth: the truth that you could not — and cannot — rule our country.

So to you, my Facebook friends and Trump supporters, I say this: Do not give into fear. Do not let fear dictate your political decisions, or your life. Do not be bullied by this schoolyard punk who cannot stand up for himself (and will not stand up for you). Because your candidate is afraid. He is close-minded, weak, pathetic and afraid.

About the author: Kimberly Zapata is the creator and voice behind Sunshine Spoils Milk — a blog dedicated to various women’s issues, ranging from motherhood to mental health. She is regular contributor for Romper and Sammiches and Psych Meds, and her work has been featured on Washington Post, HuffPost, Babble, Scary Mommy, BLUNTMoms, Mamalode, YourTango, The Mighty, The Good Men Project, Yahoo Health, and in Lose The Cape: Never Will I Ever (and then I had kids!) and So Glad They Told Me: Women Get Real About Motherhood (Spring 2016). 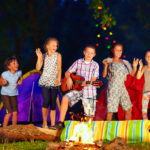 Helicopter Parents: Is It Safe To Land Yet? 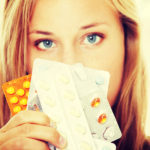 WebMD, You Are Killing Me